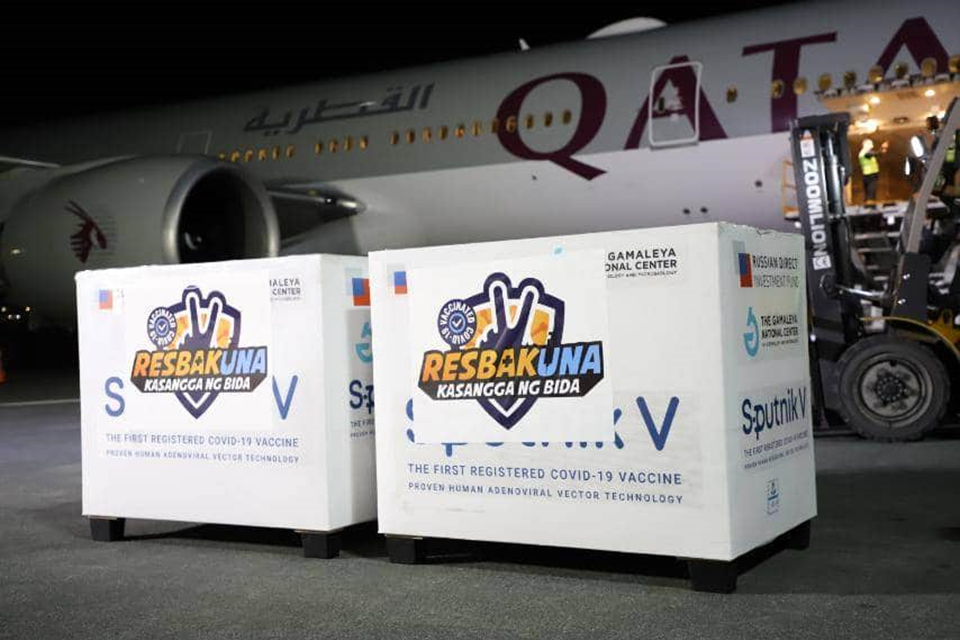 “We are apologizing for the delay of this Component 2 considering that we have some supply issues and as promised by Russian Direct Investment Fund that this will be delivered today, and I’m very thankful that they fulfilled their promise,” Galvez told the media during the arrival of the Sputnik V jabs at the Ninoy Aquino International Airport (NAIA) Terminal 3 in Pasay City Saturday night.

Galvez said the additional Component 2 of the Sputnik V Covid-19 jab will be allocated in areas, including Metro Manila, whose residents have already received the first dose or Component 1 of the Russian vaccine.

“These vaccines will be distributed in all areas like Bohol, I believe, we have given them 4,000 (Component 1), Isabela area, Bacoor, here in Metro Manila and, some other areas in Regions 3 and 4-A. So those who have not received Component number 2 yet. All of them will be given, we’re already breathing a little easier,” he said.

He said the government is working on the possible acquisition of more supply of single dose Sputnik V Light Covid-19 vaccine.

“We are pushing for Sputnik light already because it has its advantage. If we will get 9 million of that then 9 million Filipinos will be benefitted, it’s like Johnson & Johnson, single dose,” he said.

Last Friday, Galvez said the Philippines is expected to receive the first batch of the government-procured 1 million doses of the Sputnik Light Covid-19 vaccine within this month.

The Food and Drug Administration approved in August the emergency use authorization of Sputnik Light from Russia.

“190,000 doses of Component 2 of Sputnik have just been arrived and I think it’s a good step to our collaboration. We’ll continue with other types of vaccines maybe Sputnik Light. We are discussing to send a huge amount to the Philippines,” he said.

The country has so far received a total of nearly 60 million vaccine doses from various manufacturers, including over 36 million doses procured by the government.

As of Saturday, Galvez said 22.7 million Filipinos have already received their first dose of Covid-19 vaccine while some 18.3 million are now fully vaccinated.

“The number of Filipinos that are fully vaccinated is very high. We are at 18.3 million and we want to finish 20 million by the end of the month,” he said.

A total of 961,000 doses of Moderna vaccine also arrived on board China Airlines flight CI 703 at the NAIA Terminal 1 on Saturday afternoon.

Of the number, 712,800 doses are for the Philippine government and 248,200 doses were acquired by International Container Terminal Services, Inc. (ICTSI). (PNA)