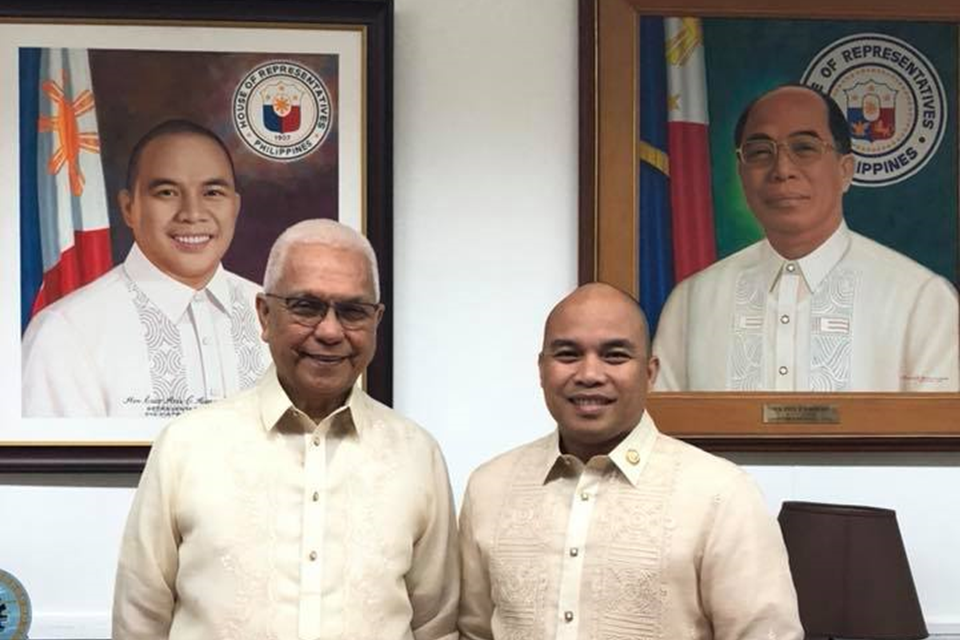 Second District Rep. Aris Aumentado will be running for governor in the 2022 elections, his camp announced on Thursday, a day before the start of the filing of certificates of candidacy (COC) and after months of public speculation on his political plans.

She said Aumentado was initially planning to run for vice governor as the running mate of Evasco but the latter, who is an advisor to President Rodrigo Duterte, informed them that he was not permitted by the president to vacate his post and run for office.

In the 2016 elections, Evasco was also the campaign manager of Duterte, who has announced his bid for the vice presidency in 2022.

Villamor announced the almost full slate of the Aumentado coalition but held off from naming the last-term congressman’s running mate as they were still looking into possible candidates.

Aumentado’s coalition will be fielding his wife Vanvan to run for his congressional seat in the second district and Rep. Alexie Tutor in the third district.

His camp also did not name yet its candidate for congressman in the first district.

Vying for PB seats in the second district will be Ammon Tirol and former BM lawyer Tomas Abapo, Jr.

Balite is also being considered as Aumentado’s vice governor but Villamor noted that he will likely seek reelection for his final term in the provincial legislature.

According to Villamor, Aumentado will be running under the Nationalist People’s Coalition and will be getting support from the Partido Reporma Pilipinas through Vanvan and Nationalista Party through Tutor.

Aumentado will be running against Governor Art Yap who has long announced his reelection bid and who defeated Evasco by a slim margin in the 2019 polls.