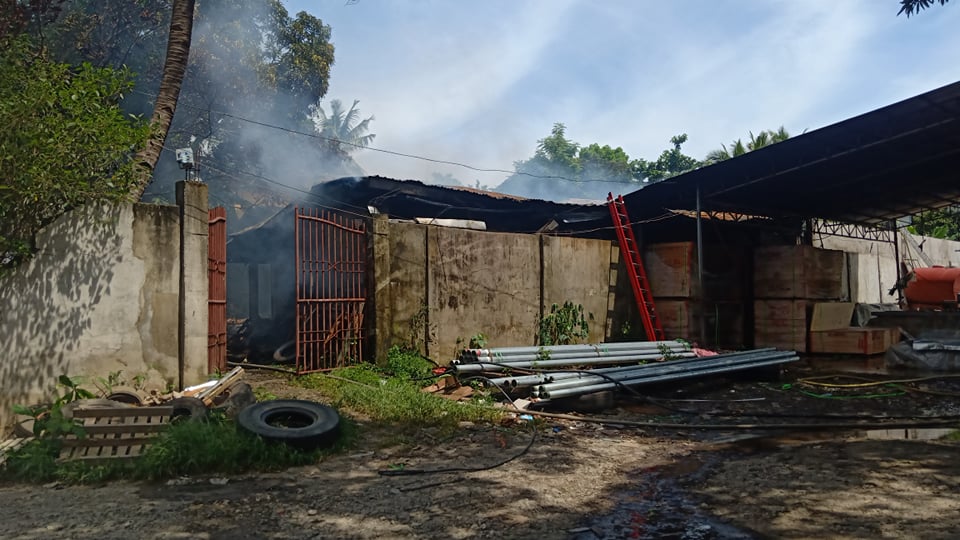 A fire which broke out at midday on Thursday completely gutted a warehouse of an electronics store in Tagbilaran City, authorities said.

According to SFO1 Richen Roslinda, the fire left over P1 million in structural damages to the property of the family of Elena Uy, proprietor of Bohol Electronics.

The fire department and the City Disaster Risk Reduction Management Office deployed a total of four fire trucks to control the fire.

Meanwhile, investigators were still unaware of what caused the fire.

Roslinda added that the warehouse was not energized or had no electricity connection.

The facility however contained electronic devices and parts which could easily catch fire. (A. Doydora)