Storm Signal No. 1 up in Bohol; orange rainfall warning hoisted 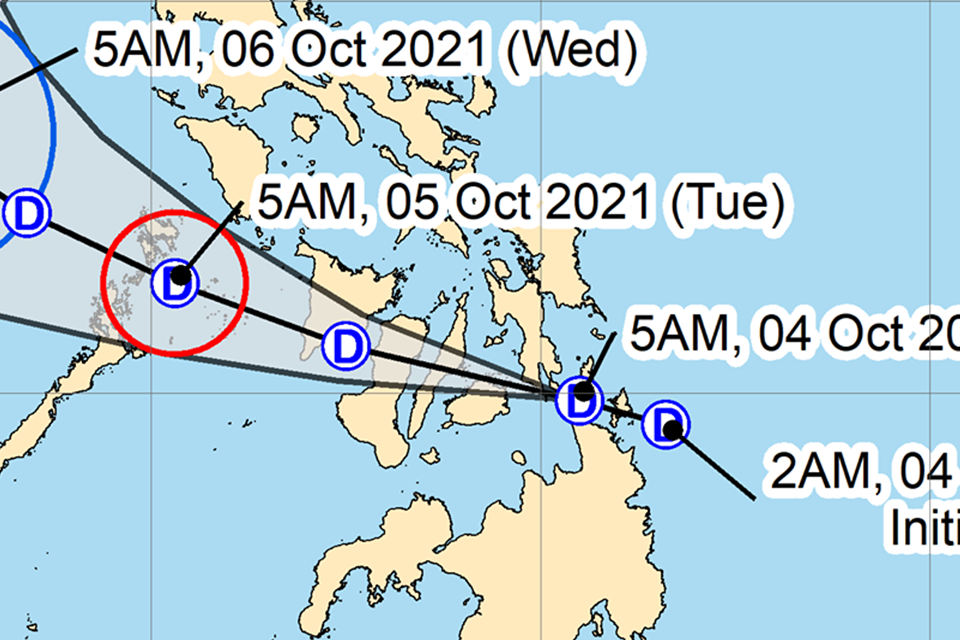 Storm Signal No. 1 up in Bohol; orange rainfall warning hoisted

Tropical Cyclone Warning Signal No. 1 was hoisted over Bohol early Monday as Tropical Depression Lannie continued to barrel through the archipelago, the state weather bureau said.

In its bulletin issued at 8 a.m., the Philippine Atmospheric, Geophysical and Astronomical Services Administration (PAGASA) said the center of the cyclone was estimated to be located over the coastal waters of Liloan, Southern Leyte.

Based on PAGASA’s forecast track, Lannie could make landfall in Bohol between Monday and early Tuesday.

The storm was packing maximum sustained winds of 45 kph near the center and gustiness of up to 55 kph.

The tropical cyclone was moving northwestward at a speed of 15 kph.

In a separate bulletin, PAGASA said that a orange rainfall warning was raised over the entire province.

“Flooding is threatening in low-lying areas and landslides in mountainous areas,” said PAGASA.

Lannie was expected to “move generally west northwestward over the Visayas archipelago until tonight or tomorrow early morning.”

It is then expected to emerge over the Sulu Sea and cross the Cuyo archipelago.

The tropical depression is forecast to exit the Philippine Area of Responsibility on Thursday morning.