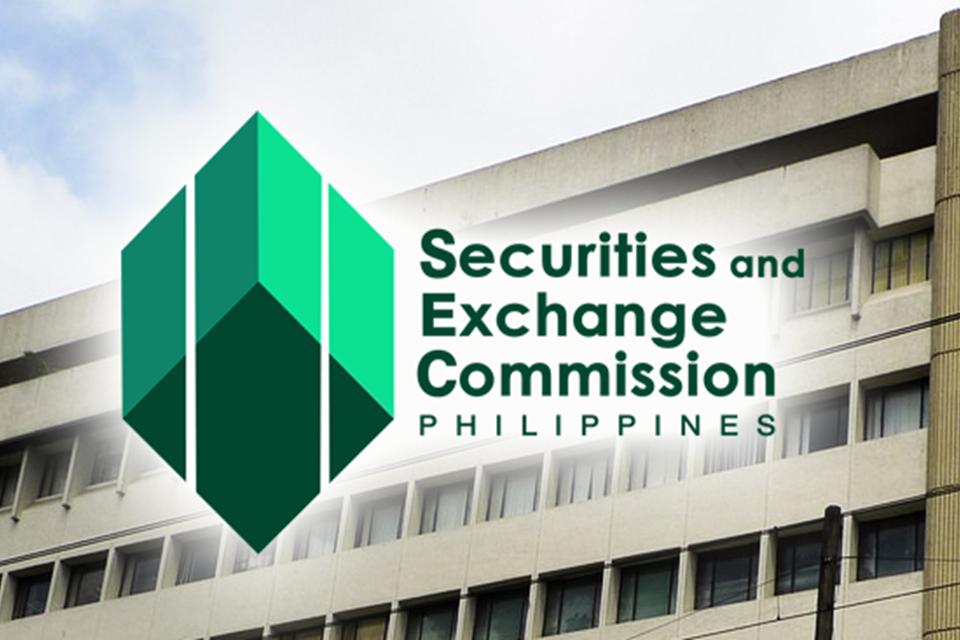 The Securities and Exchange Commission (SEC) on Tuesday confirmed that REPA or REPA Paluwagan, which has lured unwitting investors including Boholanos trying to survive the economic impact of the pandemic, is an unregistered entity that is not authorized to solicit investments.

In an advisory, the SEC “strongly” advised the public to avoid or stop investing with REPA whose activities were deemed illegal due to its administrators’ selling of investment contracts using the Ponzi scheme, which is not a “registrable” security.

“An investment contract exists when there is an investment or placement of money in a common enterprise with a reasonable expectation of profits to be derived from the efforts of others which is prominent on REPA/REPA PALUWAGAN’S scheme,” the SEC said.

“Therefore, REPA/REPA PALUWAGAN’s lack of juridical personality and registration pertaining to its securities with the Commission make its activities illegal, fraudulent and injurious to the public,” it added.

In the same advisory, the SEC noted that REPA has been operating in Bohol, Davao, Cebu and Bukidnon.

Those who act as salesperson, broker, dealer or agents in selling or convincing people to invest in the REPA scheme may be criminally prosecuted with a maximum fine of P5 million or imprisonment of 21 years or both as indicated in Section 28 and 73 of the Securities Regulation Code (SRC).

The penalty also covers operators, sellers and administrators of the Facebook page of REPA or other related social media pages who convinced individuals to invest in the fraudulent scheme.

According to the SEC, REPA offered a whopping 40 percent interest rate of return in just two weeks.

“Based on the said reports,the personsbehind REPA/REPA PALUWAGANacting as ‘administrators’ or admins  and ‘sellers’ communicates  with  their  victim-buyers thru  contacting  them  via  Facebook,  Messenger  or  other  chat  groups  and personal  transactionsand  offering  them “limited slots”for investment  packages where  one  may  invest  Php  50,000.00 promising a return  of  Php  20,000.00,” the SEC said.

The Ponzi scheme is an investment fraud that involves the payment of purported returns to existing investors from funds contributed by new investors.

Operators often recruit new investors by promising to invest their funds in opportunities claimed to generate high returns of investment.

However, when recruitment efforts falter or when a large number of existing investors opt to cash out the Ponzi, or pyramid, scheme collapses causing new investors at the bottom of the pyramid to stop getting returns.

Based on information released by various government agencies including the National Bureau of Investigation (NBI), Criminal Investigation and Detection Group, and the Provincial Government of Bohol, over a thousand individuals have been documented to have sought assistance in retrieving their investments from REPA.

Collated data from the agencies also indicated that the victims have claimed losses of over P500 million.

All three offices have also jointly established a temporary a help center at the Bohol Wisdom School gymnasium in Tagbilaran City where REPA investors may file their complaints.

However, complainants from municipalities were urged to file their reports with the town police to avoid congestion at the help center in the city.