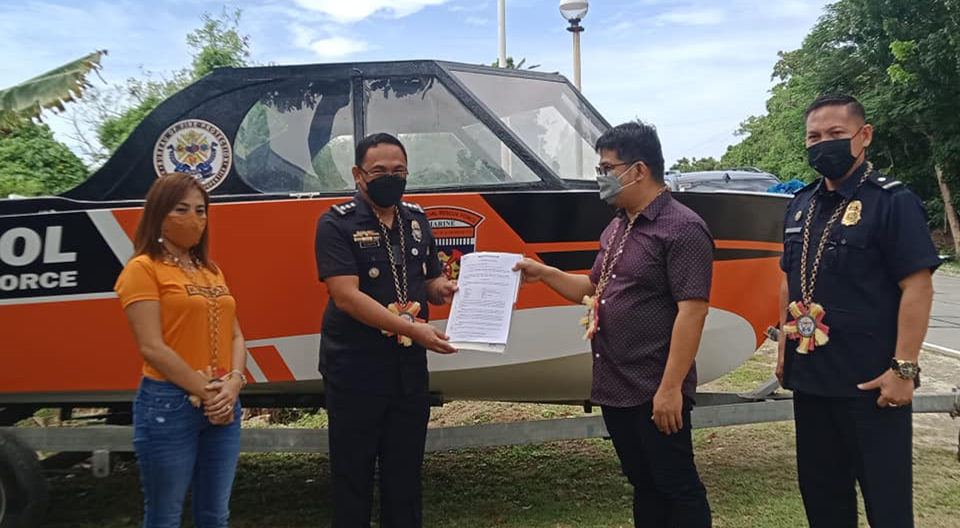 Officials of the Bureau of Fire Protection (BFP) and the municipality of Lila launched last week the first-ever Marine Special Fire Search and Rescue Force (MSFSRF) of BFP-Central Visayas.

The move coincided with the reactivation of BFP’s here with the blessing of the temporary personnel quarters for fire fighters at the fish landing building in barangay Macalingan, Lila, Bohol.

Acting Provincial Fire Director, C/Insp. Raul Bustaliño said that the MSFSRF is aimed at responding to emergency situations, including those in distress, rescue and retrieval operations.

Initially, the MSFSRF is manned by firefighters who are being trained for the purpose and the provision of a speed boat, a 90-horse powered Mercury and other paraphernalia, Mayor Atty. Jed Piollo told the media interview.

Fr. Blaire Lope Sabaricos, parish priest here of the Our Lady of the Holy Rosary did the blessing of the new fire station and the equipment.

The MFSFRF is manned by 9-man firefighters led by Acting Fire Marshall Senior Fire Officer 2 Edwin Banac with the support of the BFP national.

Congresswoman Alexie Tutor, who graced the affair, lauded the efforts of the municipal and BFP officials because the rescue and retrieval operations are very crucial in times of need.

The officials also signed the Memorandum of Agreement (MOA) for the lot donation of 440 square meter-lot and fire truck during the same event.

Mayor Piollo thanked the BFP and those who are instruments in making this project (fire station) a reality.