Call to the government officials: respect press freedom in word and in deed 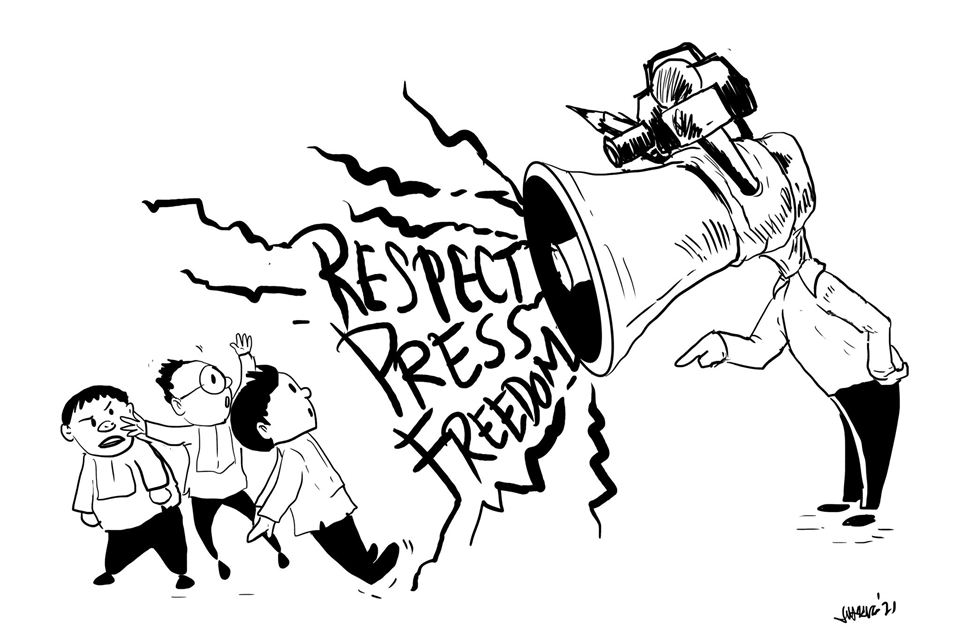 Call to the government officials: respect press freedom in word and in deed

The filing of the criminal complaint comes at a time that we are facing pandemic and everybody is gravely affected. BTMA sees it as a form of harassment, if not a start of press repression or a veiled threat to press freedom and free expression enshrined under the 1987 Philippine Constitution.

The act of filing by the Bohol governor must be queer that even Pres. Duterte, who is still facing unscrupulous criticisms, left and right, from not only his nemesis here but also from other places in the world, did not lift a finger to go after his critics in court.

We recognize that it is the right of every person to file a case if one is aggrieved but not at the expense of the media people. Because such act of filing the aforesaid case against media personalities sends a wrong signal, not only to media, but also to the people and the electorate.

If Capitol is running after the necks of prominent personalities in the media, there’s reason to believe that it can also attack the lowly who are helpless and defenseless.

We would like to remind that government officials and agencies are sworn to defend the country and protect the people. Needless it to say that in old landmark case of People vs. Bustos (G.R. L-12592 March 8, 1918), the Supreme Court had the opportunity to rule on the freedom of speech and expression, thus:

“The interest of society and the maintenance of good government demand a full discussion of public affairs. Complete liberty to comment on the conduct of public men is a scalpel in the case of free speech. The sharp incision of its probe relieves the abscesses of officialdom. Men in public life may suffer under a hostile and an unjust accusation; the wound can be assuaged with the balm of a clear conscience. A public officer must not be too thin-skinned with reference to comment upon his official acts. Only thus can the intelligence and the dignity of the individual be exalted. Of course, criticism does not authorize defamation. Nevertheless, as the individual is less than the State, so must expected criticism be born for the common good. Rising superior to any official or set of officials, to the Chief Executive, to the Legislature, to the Judiciary — to any or all the agencies of Government — public opinion should be the constant source of liberty and democracy.”

We fully well understand our roles in the Fourth Estate by providing news which is necessarily engaged in political affairs and others issues that concern public interest.

But, despite that fact that the case is already filed in appropriate authorities, we will never be silenced in doing our roles in the community. Thus, we call on government officials to respect press freedom not only in words but also in deed.