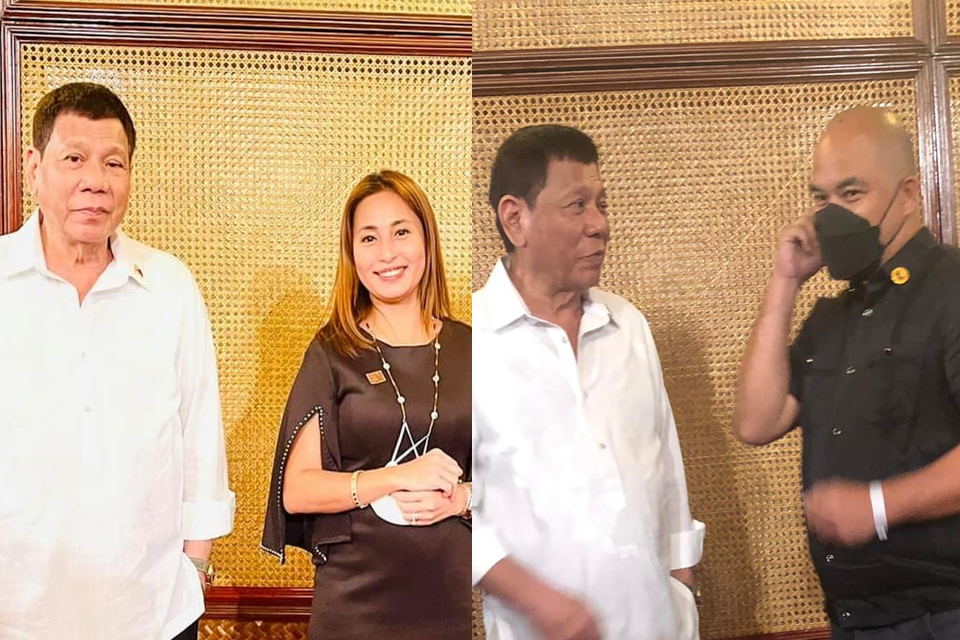 Third District Rep. Alexie Tutor and Second District Rep. Aris Aumentado attended a dinner meeting hosted by President Rodrigo Duterte in Malacañang on Tuesday night, a day after key national candidate substitutions were made for the 2022 elections which shook the country’s political landscape.

Both lawmakers confirmed their presence at the event which was attended by other members of the House of Representatives.

While the dinner was supposed to be an informal gathering for Duterte to personally meet many of the House representatives for the first time since the pandemic started, Aumentado said the president also endorsed Senator Bong Go’s presidential bid during the over hour-long meeting.

Go, Duterte’s longtime aide, was also in attendance and was the only senator present during the event.

The first-term senator is on a collision course in the presidential race with former senator Bongbong Marcos who has been confirmed to be the running mate of vice-presidential aspirant and presidential daughter Sara Duterte.

Go’s looming battle against Marcos emerged after a major shakeup in the lineup of candidates for national posts including his withdrawal as vice-presidential candidate and filing of candidacy as president via substitution.

Tutor and Aumentado received invitations from Malacañang for the gathering of lawmakers but both were unaware if all members of the lower chamber were invited.

There are 304 members of the House of Representatives and an estimated 100 were reportedly present during the gathering.

According to Tutor, who also confirmed that Duterte endorsed Go’s presidential bid, she has yet to decide on who she will support in the presidential race and noted that she will likely go behind whoever will be endorsed by her party, the Manny Villar-led Nacionalista Party.

For his part, Aumentado said he will support Sara but was unlikely to align himself with Go, a known ally of Governor Art Yap.

Aumentado who is on his last term is running against Yap for governor.

Aumentado said he has yet to decide on which presidential candidate will get his support in the 2022 polls.

He added that he would likely support whoever Sara will endorse for president.

Aumentado is a member of the Nationalist People’s Coalition which is fielding in the vice-presidential race Senator Tito Sotto who has been leading in pre-election surveys. (R. Tutas)