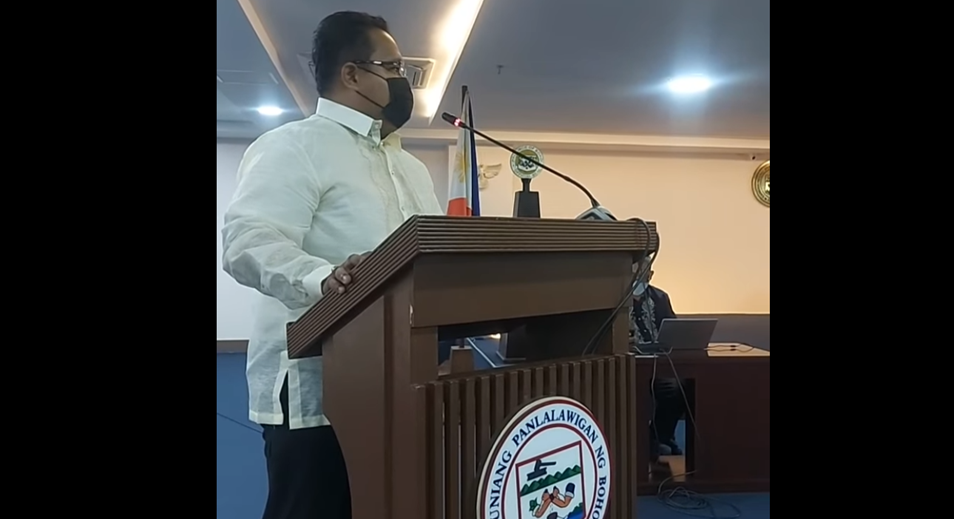 In his speech before the SP, Delgado who has been a legal officer and consultant for the Capitol since July 1, 2019 said he was honored to be chosen as the Capitol’s top legal official.

“It is an honor to be called for this position and serve the province and the Boholano people, so when Gov. Art asked me to join him and be appointed as provincial legal officer, I did not have any second thoughts,” said Delgado.

“I reflected upon myself that what if I decline the offer and later on in my life I will regret it that I was given the chance to serve the Boholano people and the provincial government, and I turned it down. So it is my immense love for the province of Bohol that made me easily accept this position,” he added.

Delgado replaced lawyer Nilo Ahat who has been the PLO since Yap took over as governor in 2019.

Ahat meanwhile was appointed as the new provincial prosecutor replacing Macario Delusa who has retired.

Delgado, a native of Tubigon town, earned his law degree from the Ateneo de Manila.

He is also the legal and compliance superintendent for Makati-based Sagittarius Mines Inc.

As consultant for the Capitol, Delgado helped review the province’s mining ordinance and assisted in the provincial government’s policy issuances related to COVID-19 response. (RT)