Face shields no longer required for public transport in Bohol 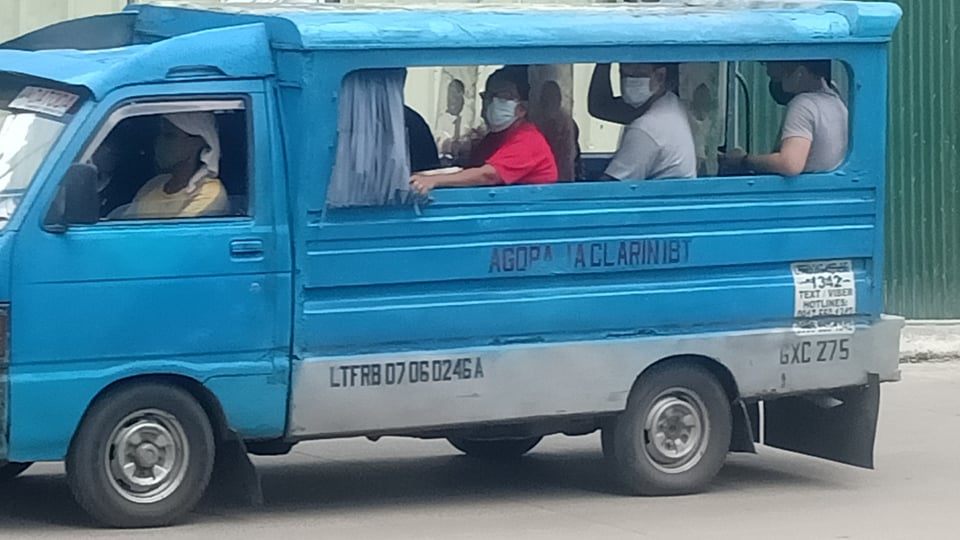 Face shields no longer required for public transport in Bohol

Commuters traveling in Bohol through public transport are no longer required to wear face shields, a Land Transportation Franchising and Regulatory Board (LTFRB) official said.

According to LTFRB 7 Assistant Director Rey Elnar, the new policy was in line with Malacañang’s approval of the IATF’s (Inter-Agency Task Force) recommendation to scrap the mandatory wearing of face shields in areas placed under levels 1, 2 and 3 of the 5-tier Alert Level System.

Elnar noted that local government units may still require the wearing of face shields despite being in a lower alert level.

However, Governor Art Yap earlier issued an executive order mandating that all policies ordered by the IATF and the Department of Health in relation to the Alert Level System will be adopted by LGUs in the province.

Earlier, the LFTRB also abolished the requirement of  plastic barriers for separating passengers inside public utility vehicles (PUVs) amid the nation’s continued move to ease COVID-19 protocols and restrictions.

Elna said the barrier policy was scrapped nationwide through the agency’s Memorandum Circular 2021-064 which was issued on November 2.

The LTFRB memorandum was issued after the Department of Transportation (DOTr) through Assistant Sec. Steve Pastor admitted that there was no scientific basis behind the installation of barriers. (AD)