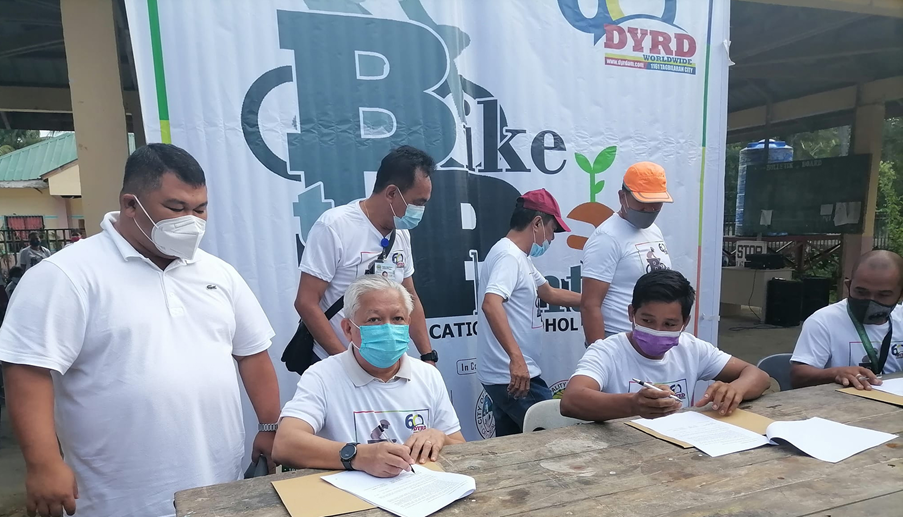 Radio station DYRD marked its 60th year anniversary with a twin environment-friendly activity as a payback to Mother Earth.

The bikers together with the staff and management of DYRD kicked off at 4:45 yesterday morning to plant some 400 fruit-bearing trees assigned by the Department of Environment and Natural Resources (DENR) to include cacao, star apple and jackfruit.

“The activity was not just a tree planting, but a tree growing activity,” according to DYRD General Manager Peter Dejaresco who led the radio station’s personnel in the activity.

A Memorandum of Agreement (MOA) signing was conducted prior the actual planting of trees, with Elena Genaro Cutin representing CENRO Elena Suarez of the local DENR, Gonzalo Calimbo, chairman of the Libertad Sur Farmers Association and Dejaresco of DYRD.

Also on hand to welcome the team was Benjie Oliva, former chairman of the Cooperative Development Authority (CDA) and now nominee of the Coop-Kampi Partylist.

The bikers were led by cyclist Marlon Delusa who coordinated the two-hour leisure biking to finish the 39-kilometer route passing through Corella, Balilihan then Catigbian.

The “Bike-To-Plant ” was coordinated by the Barangay Council of Libertad and the LGU-Catigbian with the support of the City Government of Tagbilaran, Coop-Kampi and the Philippine National Police (PNP) and Lucky Graphics.  The city provided the ambulance and a mini-bus while the PNP provided the police escort from the three towns within the bikers’ route.

Meanwhile, some 116 families of barangay Libertad received five kilos of rice each as part of the outreach program of DYRD which was sponsored by the Rotary Club of Pasay Cyber City under its president, Peachy Pasion and President-elect Jun Pasion. 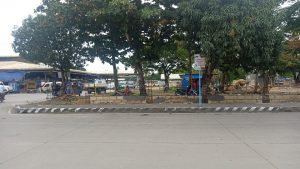