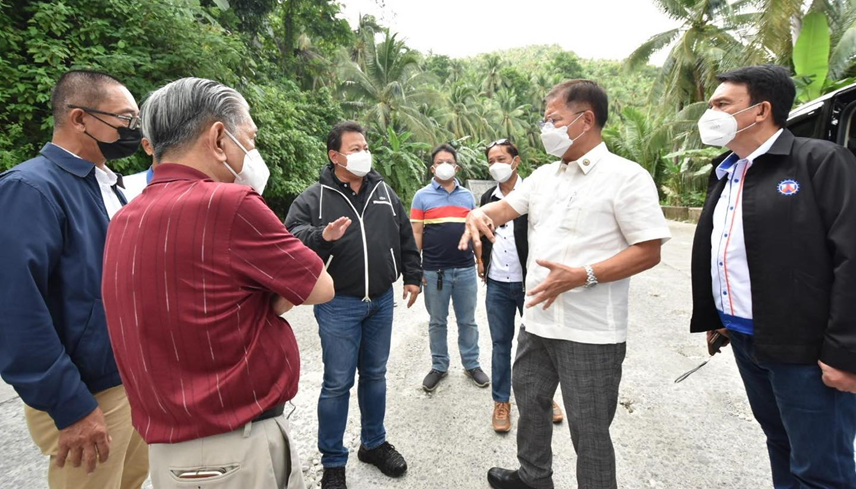 Department of Public Works and Highways (DPWH) acting Secretary Roger Mercado vowed to push for the construction of the Bohol-Leyte Link Bridge and other big-ticket projects in Eastern Visayas before President Duterte steps down from office in June next year.

Mercado, during his visit to Tacloban on Thursday, said they have been coordinating with officials of the National Economic Development Authority (NEDA) to come up with long term infrastructure development plan for the region.

“We want to know status of ongoing infrastructure projects, the current state of our road and bridges, and priority roads and bridges that will be built in the future. Aside from fast tracking the Build, Build, Build projects nationwide, the President asked me to help Eastern Visayas solve poverty and insurgency through infrastructure development,” Mercado told reporters.

Mercado noted that the bridge will be 19 kilometers long.

According to DPWH 2nd District chief Vicente Valle, Jr, the Bohol side of the bridge was initially planned to be built in the island town of President Carlos P. Garcia and will link the province to Maasin City in Southern Leyte.

However, Valle said they have yet to get new information from the department’s head office regarding the project.

He said that a feasibility was conducted late last year but no approval has been made yet.

Valle added that Bohol’s second engineering district will not be involved in the project’s implementation as it will be overseen by the departments’ central office, if it pushes through.

Among the other priority projects mentioned by Mercado were the second San Juanico Bridge that will connect the coastal towns of Babatngon, Leyte and Sta. Rita, Samar; new Liloan Bridge in Southern Leyte; Maasin City Coastal Bypass Road in Southern Leyte; completion of Silago-Abuyog Coastal Road in Leyte; and the foreign-funded Samar Pacific Coastal Road Project in Northern Samar.

“We may not be able to start the construction or complete all ongoing projects, but we will make sure that paper works and other pre-construction activities will be completed within the term of the President. What is important is that we have already have blueprints for economic development,” Mercado added.

Mercado as public works secretary was a congressman of the lone congressional district of Southern Leyte before he took over as DPWH chief.

He replaced Mark Villar who resigned to pursue his bid to become senator. (A. Doydora with a report from PNA)