Mayor Chatto: LGU did not trespass in pipe-laying for P95-million water project 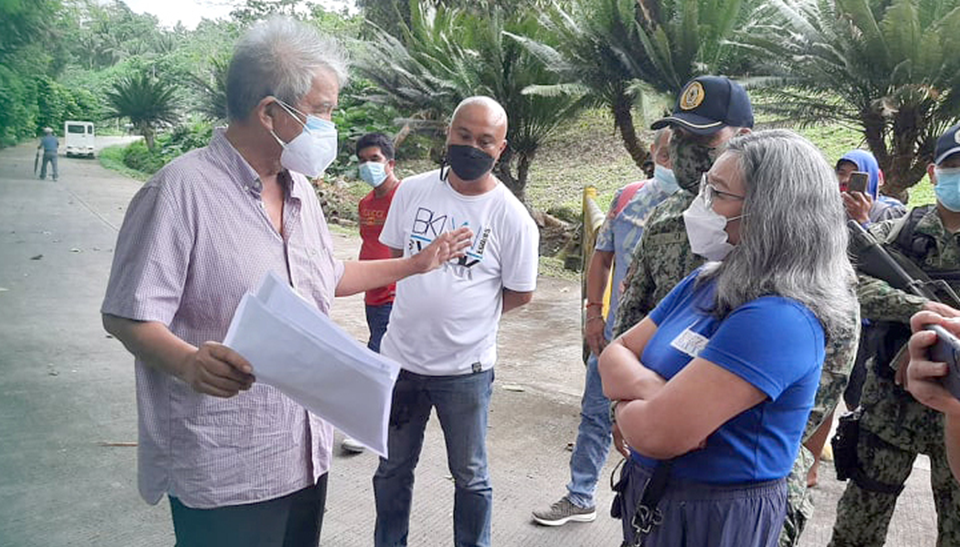 Mayor Chatto: LGU did not trespass in pipe-laying for P95-million water project

Mayor Maria Pureza Veloso-Chatto told a media interview that the municipality did not trespass in the barangay road in question in Sto. Nino, Balilihan, Bohol when the pipe-laying work for its P95 million bulk water supply project was implemented.

She denied they intruded on the said property, saying that the said barangay road has been established based on a cadastral survey conducted in 2014 by the Department of Environment and Natural Resources (DENR).

This also came following the controversial demolition last week of a metal gate/fence owned by Richli Corporation along a portion of the barangay road in question in barangay Sto. Nino, Balilihan town.

The demolition was ordered by barangay captain Migronio Camanzo when he confirmed it in a media interview since the gate was blocking the pipe-laying.

The pipe-laying done by the contractor’s men was not without the presence and backing of policemen in full battle gear.

As to the source of water, Balilihan applied for water rights with the National Water Regulatory Board (NWRB), Mayor Chatto invoked that the state (government) owns any body of water, including rivers, like the Loboc river that apparently divides Balilihan and Sevilla.

She argued that it could not be construed that Bugwak Spring Balilihan applied for water that belongs to Sevilla town. Hence, they apply for the said water rights.

But it would “sound ridiculous” that Richli Corp. applied for water rights in barangay Sto. Nino, Balilihan where the spring is located. This means that the corporation admitted that Bugwak spring is in Balilihan, she said.

In terms of financial capability, Mayor Chatto clarified that they have the fund to the tune of P95 million they secure from the national government and earmarked purposely for the Balilihan Centralized Bulk Water Supply Project (BCBWSP). The project is based on its 25-year water master plan, the mayor said.

She said their application for water rights with NWRB allows the town to extract some 227 liters per second from the Bugwak Spring. She said this is enough for the whole town as its population is expected to increase during the period.

These funds, if not expended this year, will be reverted to the national government.

It was not known if delayed government projects caused by the pandemic could be reconsidered by the national agency concerned.

Contrary to the allegation of lack of technical know-how, the municipality hired experts, the mayor said.

The water will be pumped with the submersible pump from the spring to the existing reservoir in the barangays and the water would be distributed by way of gravity to the consumers.

When asked about the environmental requisites of the project, Mayor Chatto said that the town has already secured the Environmental Clearance Certificate (ECC) to proceed with the project implementation. (rvo)