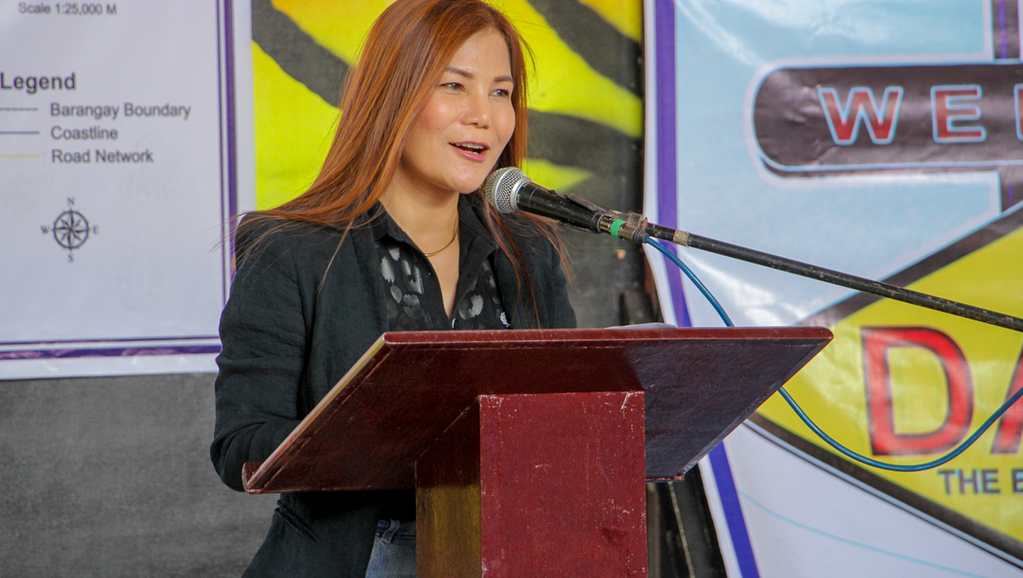 Three criminal complaints and an administrative case that were filed by the former Private Secretary and an Executive Assistant of Dauis Mayor Marietta Sumaylo and her Private Secretary Ma. Mercedes Salinas was ordered dismissed for lack of probable cause and lack of substantial evidence by the Office of the Ombudsman on October 22, 2019.

Assisted by their counsel, Atty. Lord R. Marapao IV, Sumaylo, and Salinas convinced the Ombudsman through their verified position papers, joint counter-affidavit, and joint position paper which the complainants failed to submit.

Sumaylo and Salinas maintained that the complaint is “politically motivated” as Eileen Cimafranca Manuel is running for Mayor with Raul Balolong Opena as her running mate for Vice-Mayor.

Manuel and Opena, Executive Assistant I and Private Secretary II respectively, filed the complaint on November 19, 2018, accusing Sumaylo and Salinas of malice with the intention to demean and discredit their reputation by publishing in the local newspapers (Bohol Chronicle and Bohol Tribune) a Notice to the Public on their resignation together with their names and photos from their positions at the Local Government Unit (LGU) of Dauis.

Published on October 28, 2018, the complainants also accused Sumaylo and Salinas of using public funds to defray the publication of the notice in the two local newspapers that wounded their feelings, suffer mentally, and caused serious anxiety and social humiliation.

A nine-page joint resolution of the Office of the Ombudsman ruled that the evidence for the crimes of Illegal Use of Public Funds or Property, Libel and violation of Section 3(e) of Republic Act (RA) 3019 known as the Anti-Graft and Corrupt Practices Act “is short of establishing probable cause.”

The Ombudsman also ruled that the administrative charge of grave abuse of authority, grave misconduct, and oppression “must likewise necessarily fail” since the allegations against the respondents “are without basis.”

Sumaylo and Salinas argued that as evidenced by Official Receipt (OR) Nos. 3875 and 0081685 on November 26, 2018 issued to the two local papers, it was a certain Jose Nistal who paid for the publication.

The Ombudsman stressed that the ORs are “strong and competent evidence” that respondents were not behind the publication of the Notice.

Also, Nistal requested from Salinas a certification that complainants have already resigned from their respective positions while presenting a police blotter filed by a certain Vanisa Bunayog that Manuel represented herself as still connected with the LGU Dauis.

The Ombudsman agreed with Salinas that such issuance for a legal purpose is in accordance with her ministerial duties and was issued with regularity.

A glaring difference was noted by the Ombudsman in the wordings of the certification issued by Salinas and the one published in the newspapers.

Salinas designation as shown in the newspapers is Administrative Assistant III contrary to her actual designation as Private Secretary II which clearly shows that she was not responsible, including Sumaylo in the publication of the Notice.

The ruling also concurred with the respondents’ defense that the Notice does not contain any defamatory remarks or words that would tend to demean complainants’ reputations.

The Ombudsman ruling concluded that Sumaylo and Salinas did not cause the publication of the Notice on the complainants’ resignation from the LGU and it “was very clear from the records” that it was Nistal who caused and paid for the publication.

In the 2019 May elections, Sumaylo crushed Cimafranca Manuel 19,512 votes against 3,460 for Mayor while her running mate Luciano Bongalos overwhelmed Opena by 16,092 votes against 4,933 for vice-mayor.