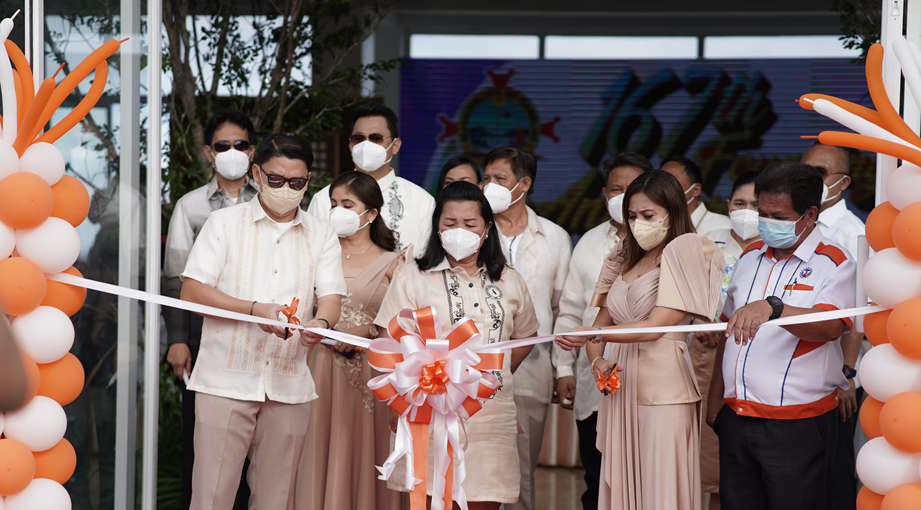 It was not just the fireworks but the entire town that sparked and gained worldwide viewers’ delighted “Wow!” during Candijay Day.

The event was simply done with a limited live audience in compliance to COVID-19 pandemic health protocols. Despite the simplicity, its purpose was still successfully transmitted to a world-wide viewing coverage through a live video streaming hosted on Facebook and on the LED screen situated at the Candijay Public Market.

With the theme “Giving Tribute to Candijay’s Achievements and Resiliency Achieved through Oneness,
Prayer, Hope, Love and Trust”, the celebration started in the morning with a Holy Mass officiated by
Rev. Fr. Chito C. Lozada at St. Joseph Parish of Barangay Poblacion.

A motorcade and the distribution of packed lunch to the Local Government employees marked the end of the morning activities.

The afternoon activities covered the blessing of the Kankoka Hills Multipurpose Center at barangay
Cambane, then a short program which highlighted the Tributes to Mayor Christopher B. Tutor for the
numerous developmental achievements within his three-term service as the Local Chief Executive and
to his wife Congresswoman Kristine Alexie B. Tutor for the all-out support in both infrastructural and
socio-cultural development of the town.

Special tributes were also presented to Mr. Trygve Olaivar, the past and outgoing municipal officials, the
past and present heads of the partner agencies who in many ways have contributed to the total transformation of the town’s status from the past nine years.

The celebration concluded in the evening with a fabulous fireworks display and a live band.

What the Local Government of Candijay wanted to portray in said celebration was the facts that with good leadership and active collaboration with the community, Candijay still successfully moved forward despite the pandemic. It was then that Mayor Tutor emphasized in his speech that the selection of a leader is very crucial, that the local populace has to think and vote wisely for the continuous development of beloved town Candijay.. (Judith S. Villamor)