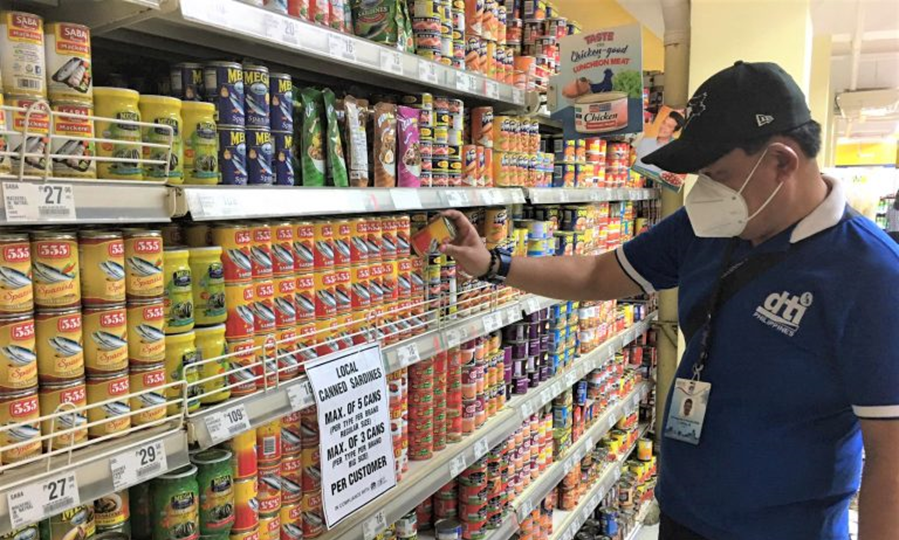 CEBU CITY – Monitoring for violations of commercial establishments on the price freeze order will continue even if a month has already passed after the onslaught of the Typhoon Odette, the Department of Trade and Industry in Central Visayas (DTI-7) on Monday said.

In a statement, the DTI-7 said its provincial offices are ramping up their monitoring of establishments across the region to check on the prices and supply of basic necessities and prime commodities (BNPCs).

As of January 14, DTI-7 has issued 84 letters of inquiries (LOIs) and 16 notices of violation (NOVs) to erring establishments as well as retailers of hardware and construction materials who violated the fair trade law.

In Cebu alone, there were eight LOIs or show cause orders issued, while four NOVs were served to erring establishments.

Ines Cajegas, DTI-7 consumer protection desk officer, told reporters in a message that there were three representatives of Cebu-based establishments that appeared during the pre-adjudication conference.

“(One) has admitted the violation and paid the minimum fine of PHP5,000 plus an undertaking not to commit the same violation (in the future) while the two (companies) have (decided) to proceed to adjudication (process),” Cajegas said.

Under Republic Act 7581 or the Price Act, the DTI has jurisdiction to ensure that the prices of basic necessities and prime commodities are at reasonable levels.

Republic Act 71 or the price tag law also requires that all consumer products sold in retail to the public shall have appropriate price tag, label, or marking indicating their prices and shall not be sold at a higher price than that stated on the price tag itself.

Cajegas said both laws protect consumers from illegal acts of price manipulation, such as hoarding, profiteering, and cartel, especially after the onslaught of a calamity.

The law penalizes erring persons or corporations for violation of price ceilings with a fine of not less than PHP5,000 but not more than PHP1 million.

Those who are found engaging in illegal price manipulation like profiteering, hoarding and cartelization, may be penalized with a fine of not less than PHP5,000 but not more than PHP2 million.

“It is the policy of the government to make certain the availability of basic necessities and prime commodities at reasonable prices at all times without denying legitimate businesses a fair return of investment. It also provides effective protection to consumers against illegal price spikes,” the statement said. (PNA)