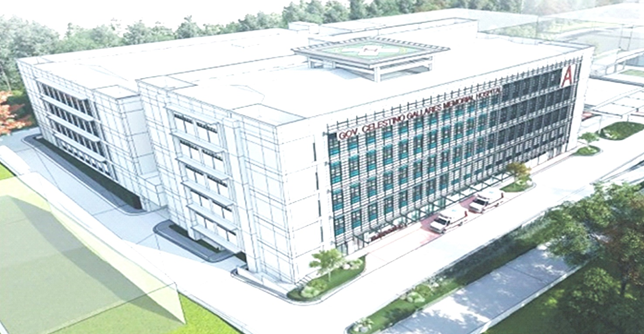 The Sangguniang Panlalawigan (SP) of Bohol on Tuesday of last week has passed a Resolution strongly supporting House Bill No. 9472 filed by Rep. Edgardo M. Chatto in the House of Representatives (HoR).

The approval of said Resolution without objection came after Board Member Elpidio Bonita (3rd district) rendered a report of the health committee he chaired during the regular session on January 18, 2022, presided over by Vice-Gov. Rene Lopez Relampagos.

The said Resolution is sought from the SP as a “pre-requisite” for the approval of the said law, Atty. Abeleon Damalerio, who represented Chatto’s office as shown in the findings of the health committee report, said.

Damalerio, according to the said report, said that the “essence” of the HB 9472 “is that when it becomes a law, there will be a legal basis for the establishment and operation of phase I of GCGMH in Malayo, Cortes, Bohol, now on going construction.”

It is being considered “with the new set-up  there will be a multi-specialty complex in Cortes while the existing GCGMH in Tagbilaran City will remain and will be focusing as an Ambulatory Care Center.”

Damalerio said that the said HB 9472 is already okayed in HoR level. It is now in the Senate’s hands thru its health committee chaired by Senator Sonny Angara. It is being hoped that, after the passage of SP Resolution, the said HB 9472 be tackled when Senate resumes session next week.

If the proposed law is approved by Congress (HoR and Senate), “it will provide the mechanism for the operation of both hospital facilities under one medical center chief and there will be separate subhead for Gallares Cortes and Gallarres Tagbilaran.”

By virtue of RA 11324 reportedly authored by Relampagos while he was the congressman, GCGMH is now a 525-bed capacity facility from 225 in 1992.

The hospital metamorphosed from just eight (8) beds only during its launching in 1929, hospital statistician Jeremie Gloria said in the committee report.

As a provincial hospital, it was then upgraded to 150 beds in 1980, apparently to accommodate the growing number of patients from the towns.

The said report of the health committee is reportedly signed by Bonita, as chair; Jone Jade Bautista, vice-chairperson; and Dr. Romulo Cepedoza. (rvo)