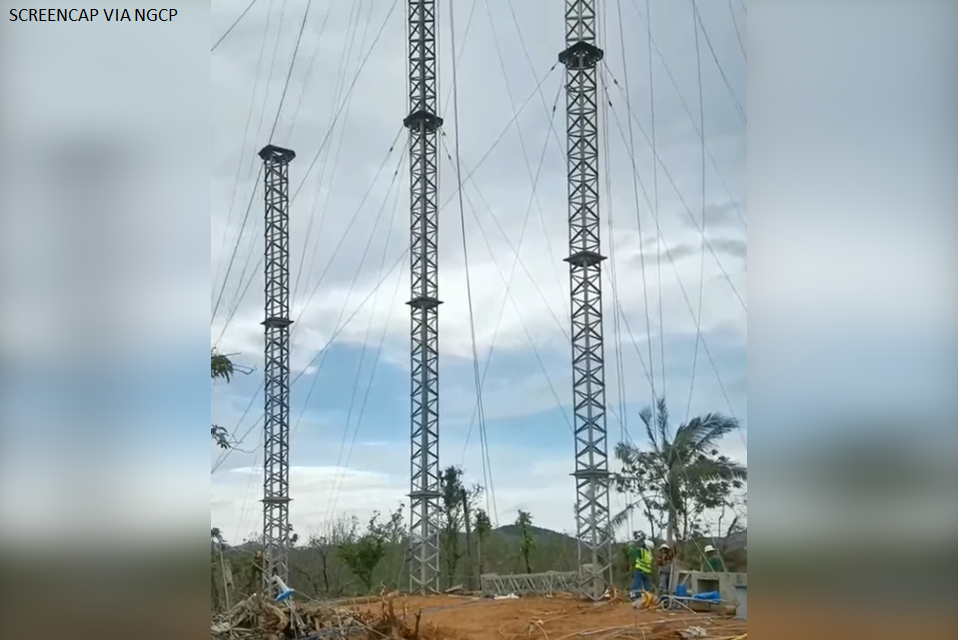 The National Grid Corporation of the Philippines (NGCP) has erected all six Emergency Restoration System (ERS) towers in the towns of Pres. Carlos P. Garcia (PCPG) and Ubay, making them on track to restart transmission of power from Leyte to Bohol on or before its target date of February 15.

According to NGCP Visayas spokesperson Betty Martinez, they will start to connect their 39-kilovolt line in Barangay Popoo, President Carlos P. Garcia (PCPG) to their 40-kV line some 1.1 kilometer away in Barangay Union, Ubay on Friday.

All six towers which are over 200 feet high were designed to temporarily replace two special towers in the same two villages which were toppled when Typhoon “Odette” battered Bohol on December 16, cutting off power from Leyte.

Martinez added that once they complete the connection of the lines, they will immediately conduct tests in energizing the Leyte-Bohol 138-kV interconnection which will transmit power from geothermal power plants in Tongonan, Leyte to Bohol.

“Isumpay nana siya…Ang ingon is three to four days, but it could be up to five days. Then e-test na ang line,“ said Martinez.

The NGCP would only be able to identify if the submarine cable between Leyte and Bohol did not incur damage once it is energized.

Howver, NGCP is optimistic that the interconnection was left unscathed considering that it is underwater.

Martinez also cautioned that even if transmission lines between Leyte and Bohol are restored, this would not mean that power services would normalize across the province.

She said that resumption of normal power services would also depend on the distribution utilities’ progress in the repairs of their damaged facilities.

Meanwhile, the establishment of the permanent replacement of the two toppled special towers in PCPG and Ubay is also ongoing and is expected to be completed in April. (A. Doydora)