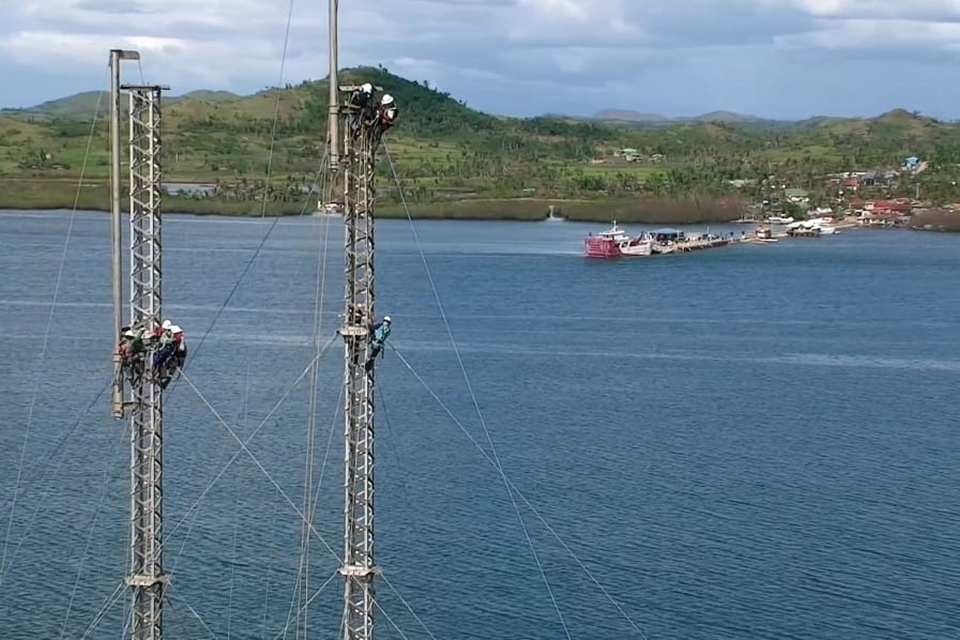 The National Grid Corporation of the Philippines (NGCP) energized its Bohol-Leyte interconnection on Wednesday afternoon, allowing Bohol to draw power again from the neighboring province six days ahead of the firm’s target date of February 15.

The restored interconnection normalized power supply in the province, which was dependent on temporary and expensive sources—the Bohol Diesel Power Plant and the Power Barge 104—while the NGCP worked on its transmission facilities starting early January.

In a separate statement, the NGCP said that they continued to work on the permanent replacement of the two toppled towers.

The firm is incorporating a new design into the replacement towers allowing it to withstand stronger winds.

“The permanent restoration of these towers are ongoing using a new tower design with a higher wind-rating to increase its ability to withstand stronger typhoons,” said NGCP.

The new and sturdier towers are targeted to be completed by April 2022.  (AD)