Ex-police NUP, 1 other nabbed for drugs in Jagna 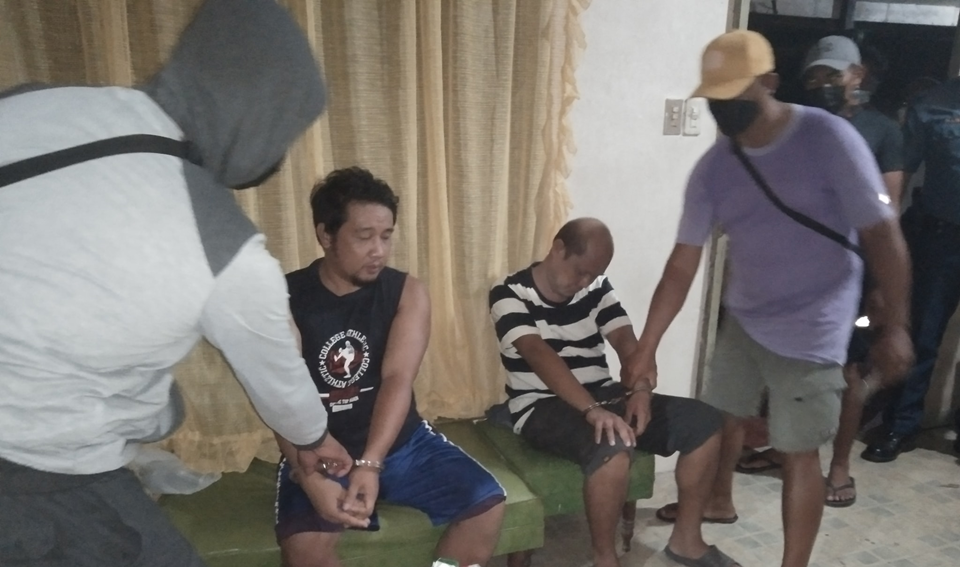 Ex-police NUP, 1 other nabbed for drugs in Jagna

A former police NUP (non-uniformed personnel) and his alleged cohort in the drug trade were arrested Tuesday night during a drug buy-bust operation in the latter’s home which is believed to have been used as a drug den in Barangay Nataang, Jagna town.

Major Marcus Lopez, chief of the Jagna Police Station, said they apprehended Alexar Cagata, 33, who was a radio operator of the Bohol Police Provincial Office (BPPO) before going AWOL (absent without leave) in 2016, after he was caught red-handed selling shabu.

Police allegedly found four packets of suspected shabu which cost around P13,000 from both men.

According to Lopez, Sajulga and Cagata were tagged as newly identified street-level drug personalities.

They were placed under surveillance for a month and were able to pinpoint Cagata as among the top drug peddlers in Barangay Nataang.

Lopez added that they received information indicating that Sajulga has been allowing his customers to use his home for pot sessions prompting them to set up the operation.

The duo has also been using Sajulga’s home for repacking their illegal drug stash, which was believed to have been sourced from Tagbilaran City.

Lopez said they will file charges against Cagata for possession and sale of illegal drugs while Sajulga will be facing a drug possession complaint. (A. Doydora)