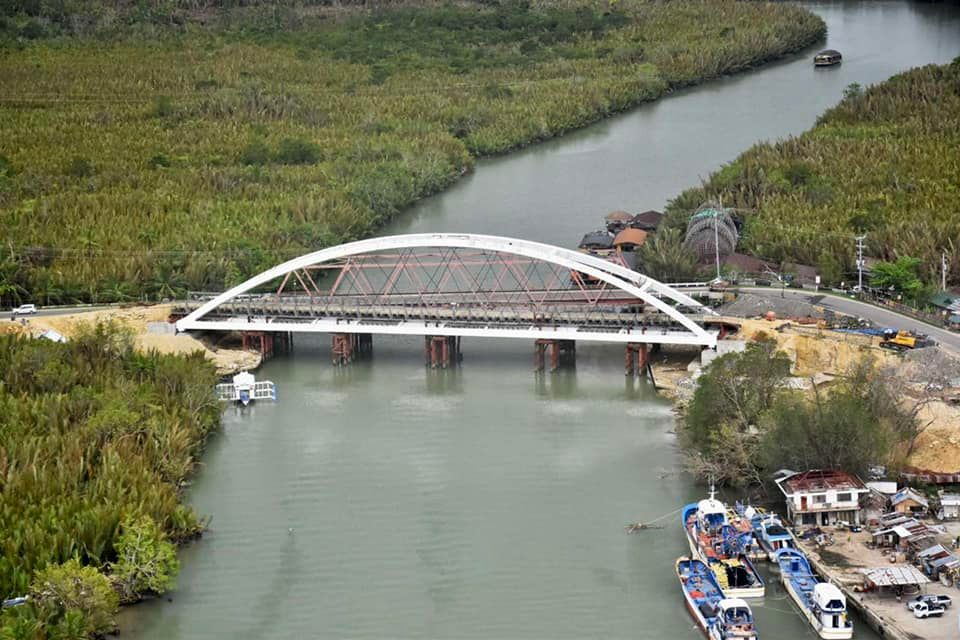 The new Clarin Bridge in Loay, which is poised to be the second Nielsen-type bridge in the entire country, is targeted for completion before President Rodrigo Duterte steps down from office in June, a Department of Public Works and Highways (DPWH) official said.

DPWH third district chief Mahiting Cruz, in an interview over station dyRD on Tuesday, said the bridge which is being constructed by a joint venture between VT Lao Construction and Wijayakari Construction was already “90 percent” done.

The project is expected to be completed within the months of May and January.

Last week, Maximo Carvahal, undersecretary for Technical Services and Regional Operations in Regions IV-B, VI and VII, inspected the site ahead of its planned inauguration.

The new two-lane bridge, about 18 km. away from the capital Tagbilaran City, will replace the old one damaged during the 2013 earthquake.

Construction of the basket-handle Nielsen bridge started in 2018.

According to the DPWH, the project is part of the Bohol Circumferential Road Contract Package 3 under the agency’s Road Upgrading and Preservation Projects funded by a loan agreement between the governments of the Philippines and Japan through (JICA) Japan International Cooperation Agency.

The structure is 104 meters long and 6.7 meters wide including the sidewalk.

Once completed, the new Clarin Bridge will only be the second Nielsen bridge in the country. The other is in Tarlac and is called the Bamban Bridge, which is 174 meters long and is part of the MacArthur Highway. (R. Tutas)