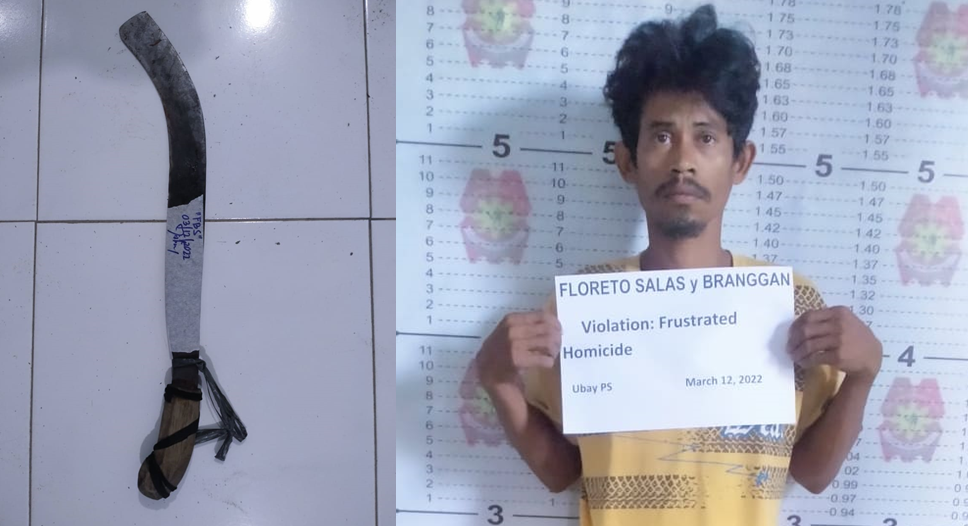 A 29-year-old man was critically injured after he was repeatedly hacked by his drinking companion during a birthday party in Ubay town.

Senior Staff Sgt. Erico Daigan of the Ubay Police Station said victim Godofredo Avelino was “unstable” and was being treated for his injuries at the Governor Celestino Gallares Memorial Hospital in Tagbilaran City following the hacking incident on Saturday last week.

According to Daigan, suspect Loreto Salas, 38, and Avelino figured in a heated argument while they were drinking at the former’s house in Barangay San Pascua.

This led Salas to grab a machete and hack the victim three times.

The victim sustained hack wounds in his neck, face and chest.

Meanwhile, Salas fled the area following the hacking incident, but later surrendered to barangay officials on the same day of the incident.

He was charged with frustrated homicide on Monday.

Daigan added that they also received a report indicating that Salas had also hacked another person in Manila before, but they have yet to get further information if the suspect had been cleared of the allegation. (AD)