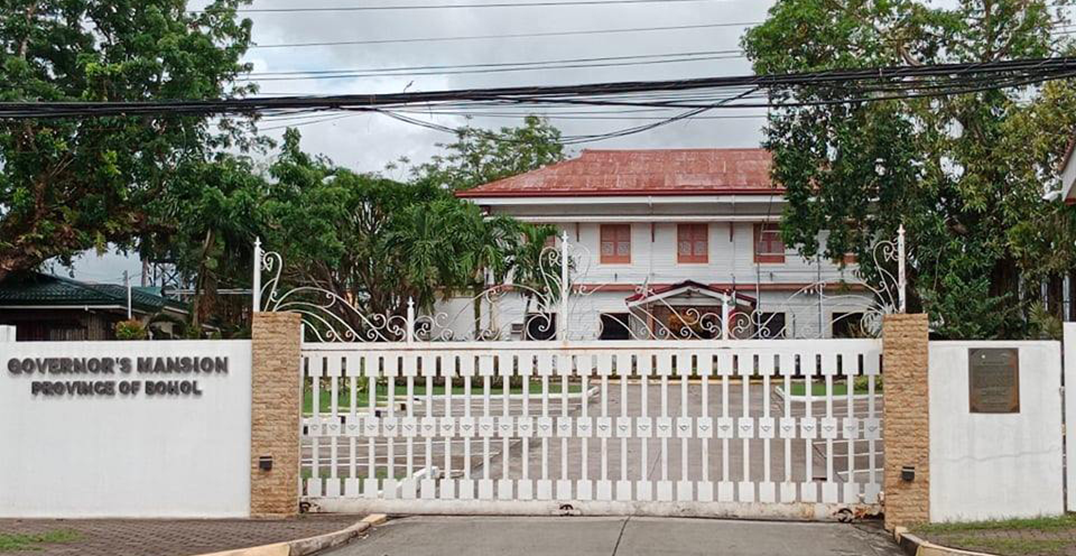 The public strongly questioned the closure of the People’s Mansion, a landmark among Boholanos being the official home of the governor.

Since the time of then Gov. Esteban “Baning” Bernido, the compound with the two-story Spanish accent house has gained the respect and admiration of the Boholanos being the “Malacanang of Bohol.”

In one of his first directives, Tirol designated every Monday as “people’s day”, wherein folks from various walks of life come to the mansion to personally meet the governor.

The People’s Mansion has become the “refuge” of people wanting assistance, and those who have complaints about the slow delivery of government services in far-flung towns.

The closure of the mansion for the past few months raised a query from the public on the reason/s behind its closure (with gate) closed the entire day even during office hours.

Former Prov’ Board Member Tommy Abapo who was among those curious about its closure wanted to enter the mansion only with the word from the guard telling his driver that no one is allowed to enter the compound.

In an effort to know the reason why the People’s Mansion is closed to the public, the Chronicle interviewed Capitol officials last Friday.

Doloritos said there was renovation work done but was already completed, thus he asked the Chronicle to call retired Col. Bernales as to the reason why the People’s Mansion is closed.

Bernales said that immediately after typhoon Odette, the mansion was secured for the TARSIER Emergency and the Army conducting operations. He referred the Chronicle to the Prov’l Youth Development Office (PYDO) as to the ongoing activity at the mansion. However, the number of the PYDO could no longer be reached when contacted by the Chronicle last Friday.