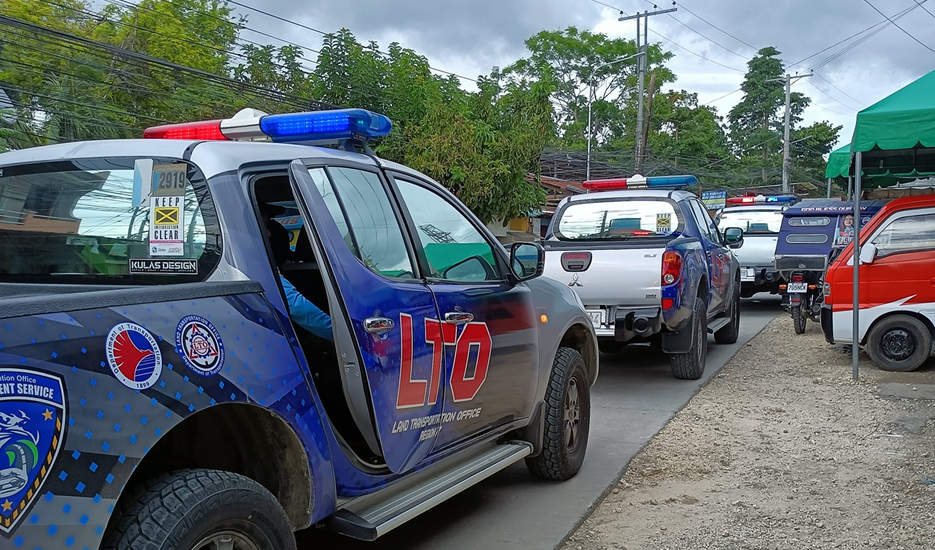 The Land Transportation Office is just fulfilling its mandate to enforce traffic laws, said LTO 7 chief Victor Caindec after the agency drew flak for the slew of traffic-related apprehensions made in the aftermath of Typhoon “Odette” and amid the pandemic.

Caindec assured that their random roadside operation in Bohol has “proper mission order” and was implemented in coordination with local LTO district chiefs and the police’s Highway Patrol Group (HPG).

The LTO official said the agency has to enforce the law despite the appeals from the public for the agency to refrain from making the arrests as the entire province reeled from the wrath of “Odette,” which hit Bohol in mid-December.

The LTO-7, during the four-day operation from March 21 to 24, deployed “rangers” from Cebu who made at least 500 apprehensions in coordination with local enforcers of the agency and the HPG.

Most of the reported arrests were due to expired driver’s license and vehicle registration. There was also a notable number of apprehensions made against minors who drove without a license.

According to Caindec, he was not expecting for the rangers to make many apprehensions.

The official also assured that the LTO was “fair” in conducting the operation.

Caindec also explained that the operation was not only conducted in Bohol but in other localities in Central Visayas as well including Cebu City in which, he admitted, the agency also drew criticisms for the intensified drive against traffic violations. (A. Doydora)