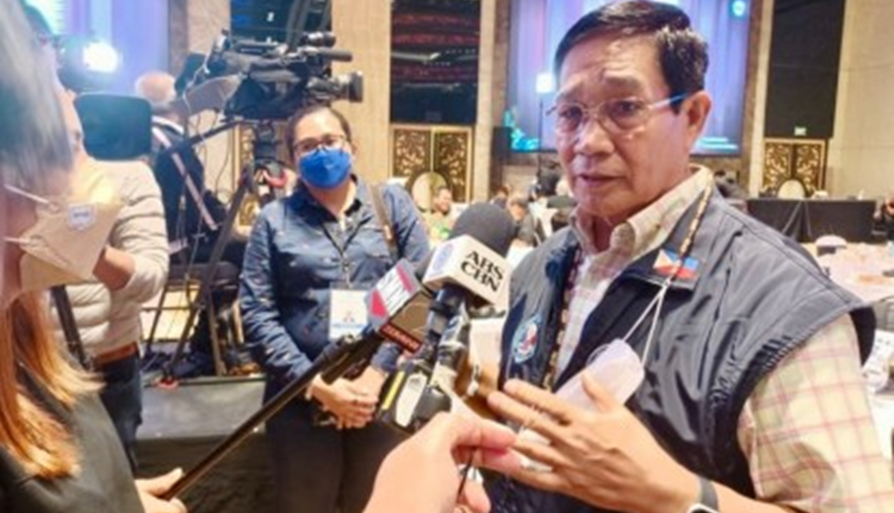 Secretary Hermogenes Esperon Jr., the National Security Adviser and NTF ELCAC vice chair, said the sustained ground engagements of the national and local government agencies using the whole-of-nation approach in tackling community concerns and the Barangay Development Program (BDP) will end the insurgency problem in the islands of Bohol and Negros.

Esperon said the Central Negros 1 and Central Negros 2 front in Negros Islands are still operating in the provinces of Negros Oriental and Negros Occidental, but are “declared weakened last April 21, 2021 and is in the advanced stage of being dismantled”.

“As to the third guerrilla front (the Bohol Party Committee), the PLEDS-7 (Peace, Law Enforcement and Development Support) cluster is awaiting the passing of a resolution from the National Joint Peace and Security Coordinating Council (JPSCC) before it is given weakened status,” he said Thursday in his speech during the NTF-Regional Task Force (RTF) ELCAC joint meeting at a hotel in this island city.

Esperon said the clearing operations to dismantle the remaining guerilla fronts are “at a pace never seen before,” as he enumerated names of high-ranking rebel members either neutralized or arrested in law enforcement operations.

Among the CPP-NPA-NDF personalities neutralized are Julius Soriano Giron who was killed in a law enforcement operation in Baguio City on March 13, 2021; Jorge “Oris” Madlos whose “reign of terror” seized when he got killed on Oct. 30, 2021; Menandro Villanueva alias “Bok” was killed on Jan. 5, 2022; and Pedro Codaste alias Gonyong was killed in a joint operation on Jan. 21, 2022.

Other high-ranking members arrested were Maria Natividad Marian Castro, the secretary-general of Karapatan-Caraga and Esteban Manuel, the secretary of Ilocos-Cordillera Regional Committee (ICRC).

“The 3rd Infantry Division has proclaimed recently that a total of 142 CPP-NPA-NDF (combatants) were neutralized in Western and Central Visayas since last year up to now. Indeed, Lt. Gen. (Robert) Dauz had noted in January 2022 that the CPP-NPA-NDF is becoming irrelevant in the Visayas,” Esperon said.

He said clearing the villages in Region 7 has paved the way for various barrio-level peace and development projects through the BDP.

Of the 86, Bohol’s 39 villages across 14 towns will receive projects under the five core programs of the NTF ELCAC’s PHP20-million BDP, such as farm-to-market roads, school buildings, water and sanitation, health stations, and livelihood for villagers.

The 39 villages in the insurgency-affected city of Guihulngan and its 10 neighboring towns and eight villages in three towns of Cebu province will also get BDP projects.

“It is imperative that we fast-track the end of the communist terrorist group,” Esperon said. “We have taken steps to ensure that our programs are institutionalized and will be continued regardless of who will win the upcoming elections.”

He urged the next leadership to continue the gains brought by the barangay-based development initiatives and the steps NTF ELCAC has taken in addressing the decades-old insurgency in the country to avoid the resurgence of CTGs in the villages.

The CPP-New People’s Army (NPA) is listed as a terrorist group by the United States, the European Union, the United Kingdom, Australia, Canada, New Zealand, and the Philippines.

The Anti-Terrorism Council also formally designated CPP-NPA’s political wing, National Democratic Front, as a terrorist organization on June 23, 2021, citing it as “an integral and inseparable part” of the CPP-NPA that was created in April 1973. (PNA)