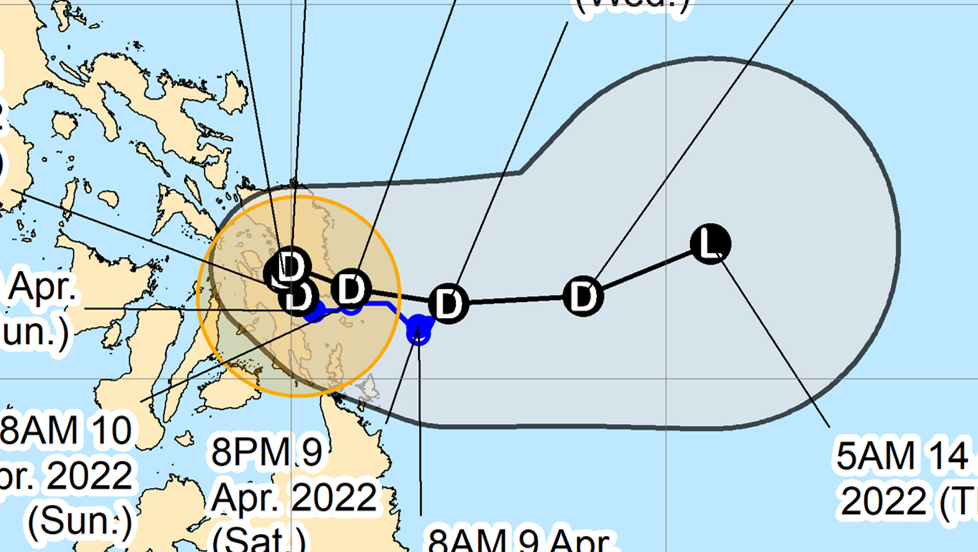 Tropical Storm “Agaton” weakened into a tropical depression on Monday morning but a portion of Bohol was still placed under Storm Signal No. 1, said the Philippine Atmospheric, Geophysical and Astronomical Services Administration (PAGASA).

Agaton was last spotted over the coastal waters of Tanauan, Leyte.

It was packing maximum sustained winds of 55 kilometers per hour near the center and gustiness of up to 75 kph, down from 65 kph and 90 kph, respectively.

The storm was still moving “slowly” at a west northwestward direction.

According to PAGASA Bohol officer-in-charge Leonard Samar, Bohol will be experiencing light to moderate, and at times, heavy rains on Monday and Tuesday.

Samar warned vessel operators and fishermen not to set out to sea due to strong winds.

Meanwhile, another weather disturbance with international name “Malakas” is expected to enter the Philippine Area of Responsibility late on Monday or early on Tuesday.

It is expected to leave the Philippine Area of Responsibility on Tuesday afternoon or night. (with a report from AD)