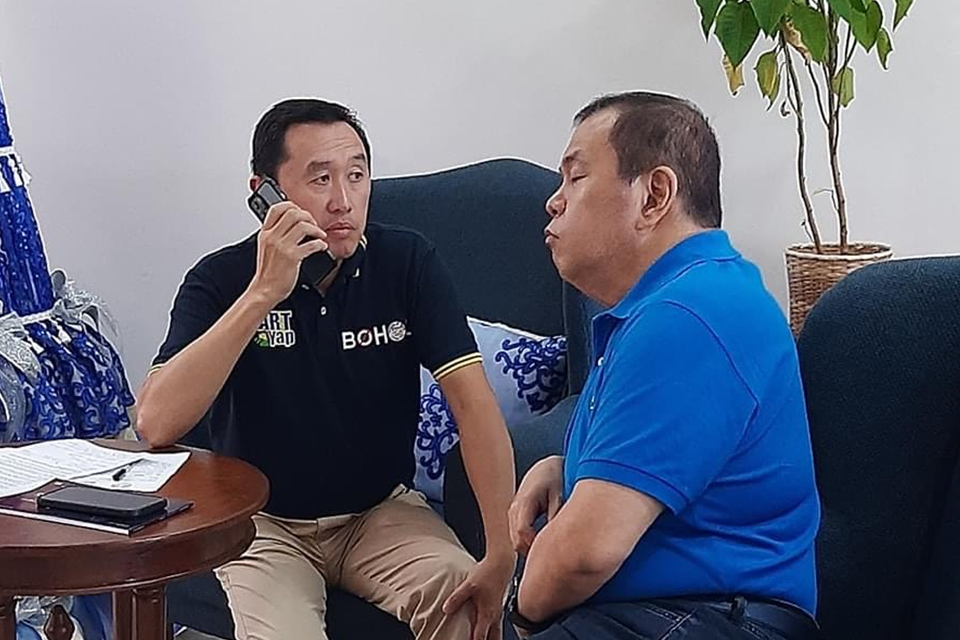 Boholanos graded the Yap-Relamnpagos administration  a (- 3)  in its fight against graft and corruption.

The survey showed 38% of the respondents were “dissatisfied in its efforts to control graft and corruption at the provincial government.”

“Four out of ten (38%) were dissatisfied which resulted in a net satisfaction rating of (negative) – 3,” the survey showed.

This biggest failure of the Yap-Relampagos administration recorded 23 points lower as compared to the 2019 survey result  done during the previous administration of then Gov. Edgar Chatto.

The first term of Gov. Yap’s stewardship was met with this failure to control graft and corruption.

It maybe recalled that at the start of Yap’s administration, reports on alleged corruption surfaced with the tong co0llection victimizing quarry operators in the province.

A certain “Ivan” was identified to be Capitol’s bag man of the “tongpats” operation demanding no less than P50 per cubic meter of quarry extractions anywhere in the province.

A public clamor to investigate the operation of Mr. Ivan fizzled out as a GAG order was issued by Gov. Yap on any personnel at the Provincial Treasurers Office who gets invited at the Sangguniang Panlalawigan for investigation in aid of legislation.

Provincial Treasurers Socorin denied the presence of Ivan in their department.

The statement of the provincial treasurer was not a  surprise to quarry operators as Ivan’s operation of demanding millions of pesos from big time quarry operations was done “outside the Capitol ” since Ivan is not a Capitol paid employee.

“Outsourced corruption” was the description made by victims of the tongpats operation who were asked to sit down for negotiations with Ivan in a restaurant near the Mason Cemetery along JA CLarin st, this city

Prov’l Administrator Kat Pioquinto in one radio interview assured to investigate Ivan’s operation. However, until now, she has not come up with reports on the identity of the alleged tong collector.

On the other hand, Engr. Nilo Sarigfumba, president of the Bohol Contractors group revealed that Bohol based contractors avoided Capitol projects as outside-Bohol construction firms were given priority by the Yap administration.

The Bohol Poll likewise reported in their survey the assessment of the public  giving seven other services a “failing grade.”

In tourism, the net satisfaction rating  plummeted by 13 points  as 68% of the Boholano voters were dissatisfied with the provincial government’s efforts to promote tourism.

In the environment, there was a 12 -point reduction in the net satisfaction rating with 55% of the Boholanos dissatisfied with the environmental protection program of Capitol.

In promoting investments, the Yap-Relampagos administration got an 11-point reduction rating with 58% dissatisfied

In protecting life and property,  the net satisfaction rating was down by 7 percent;

In agriculture, the net satisfaction rating was down by 1% where 56% of the Boholanos  were dissatisfied.