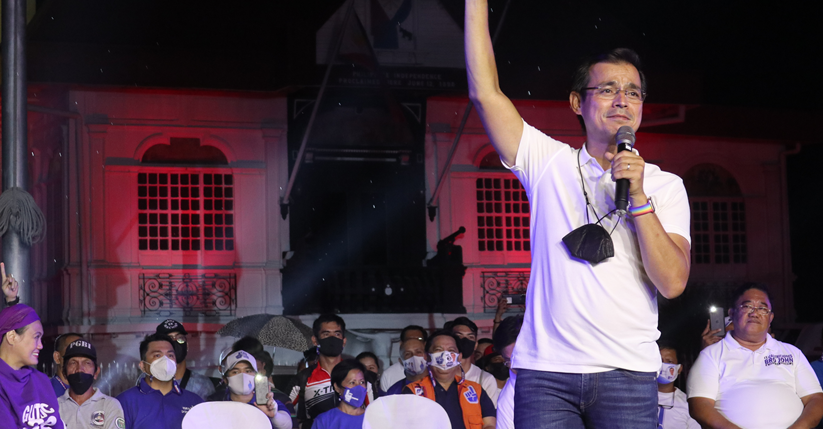 Manila Mayor Francisco “Isko Moreno” Domagoso is set to hold a concert-rally in Tagbilaran City on Wednesday, making him the third presidential candidate to barnstorm vote-rich Bohol since the start of the campaign season.

In an interview over station dyRD, Benjie Oliva, overall coordinator of Damagoso’s campaign in Bohol, said the mayor was scheduled to arrive on Tuesday afternoon with his running mate Dr. Willie Ong and some of his senatorial candidates.

According to Oliva, Damagoso will pay a courtesy call on Governor Art Yap at the Capitol Building in Tagbilaran City before holding sorties in various towns.

The former actor will visit the municipalities of Catigbian, Carmen and Calape.

He will then head back to Tagbilaran City for his concert-rally dubbed “Bilis Kilos Bohol” at the city’s defunct airport at 6 p.m.

Organizers of the event did not divulge their expected number of rallygoers.

Oliva added that no local candidates will be proclaimed during the rally which will be held to present Damagoso’s national slate.

So far, only two other presidentiables have visited Bohol—Vice President Leni Robredo and Sen. Panfilo Lacson.

Bohol is the 20th most vote rich province in the country with 949,791 registered voters. (A. Doydora)