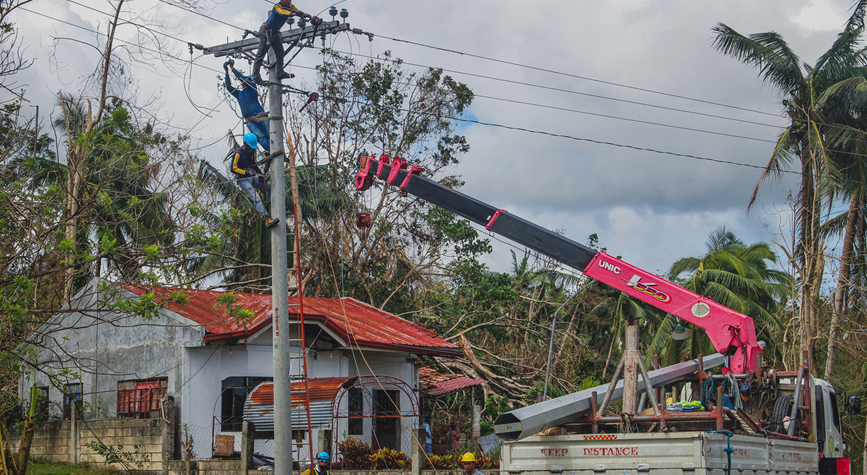 The Bohol Electric Cooperative (BOHECO) II has tapped three private contractors from Cebu to help ramp up the restoration of power distribution facilities which were damaged when Typhoon “Odette” pummeled the province over four months ago.

The firms which are under contract to conduct repair works until April 30 dispatched 15 personnel each.

According to Torrejos, the outsourced linemen and equipment from the three companies cost “P4 to P5 million.”

The amount is inclusive of meal allowances and accommodation.

Meanwhile, personnel from distribution utilities (DU) from other localities continued to be deployed to Bohol to help with the restoration efforts.

The latest to offer assistance is the Visayan Electric Company which sent a 10-man team to assist in the repairs of BOHECO II’s storm-hit facilities.

According to Torrejos, BOHECO II’s personnel are also working weeklong from Monday to Sunday in a bid to meet its target completion date for all repairs on April 30.

Based on data from BOHECO II, they have so far restored power services to 66,189 households or over 53 percent of the 124,582 households in the DU’s franchise area. (A. Doydora)