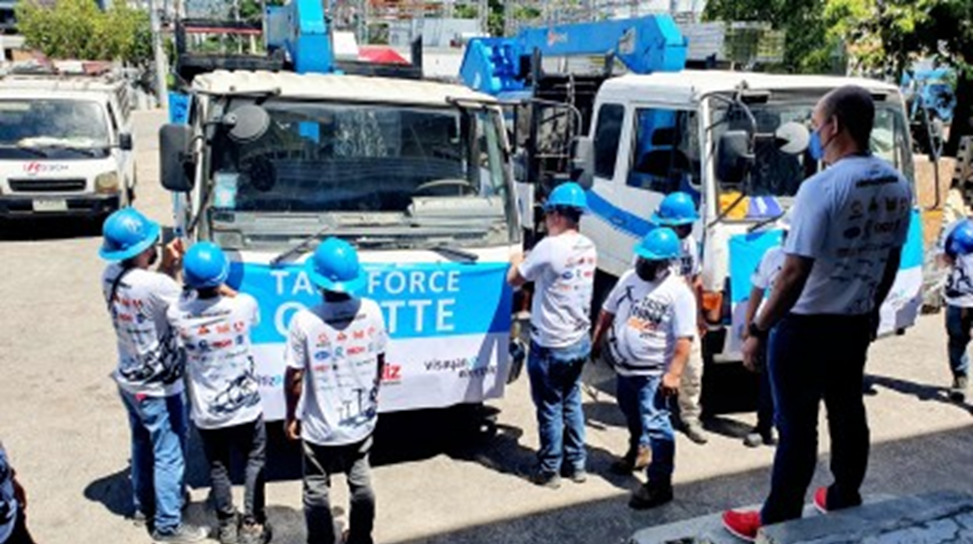 CEBU CITY – Two towns of Bohol that remain without light four months after Typhoon Odette received power restoration augmentation crews from Cebu to help them in the reconnection efforts, a power firm said on Friday.

Raul Lucero, Visayan Electric’s president and chief operating officer, said in a statement they deployed on Thursday two groups with 10 linemen to Bohol in the towns of Buenavista and Getafe.

“Since we have restored power in the Visayan Electric franchise already, it is time to pay forward the help that we received from other distribution utilities by sending our crew to Bohol, where power has not been fully restored yet,” he said.

Lucero said the linemen sent to help Bohol are employees of Rosch, Visayan Electric’s private contractor, that also took part in the power restoration in Cebu that fell in a blackout after the onslaught of “Odette” in December last year.

He said the firm had achieved 99.9 percent power restoration in the franchise area last March 31, a little over three months after the typhoon hit its franchise area.

After the typhoon, Cebu, including the franchise area of Visayan Electric, was plunged into darkness as power transmission lines of the National Grid Corporation of the Philippines, as well as distribution lines of the electric utility, went down due to strong winds.

Despite transmission problems in the Visayas grid, the company brought back power three days after the typhoon struck with the help of its AboitizPower sister company, Cebu Private Power Corporation, which operates a diesel-fired power plant in the city.

“We are happy to have been chosen to be deployed for the power restoration in Bohol. Most of the linemen in my team are from the province who have come to Cebu for work. They are just really glad they get to help bring the lights back on to their hometown this time around,” Roberto Degamo, the crew’s team leader, said in Cebuano.

The linemen will be staying in Bohol for 15 days.

Buenavista and Getafe are under the franchise of Bohol II Electric Cooperative (BOHECO II).

“It is the practice of electric utilities nationwide to help each other in times of calamities. Visayan Electric was at the receiving end of this practice immediately after Odette. It is now our turn to help,” Lucero said. (PNA)