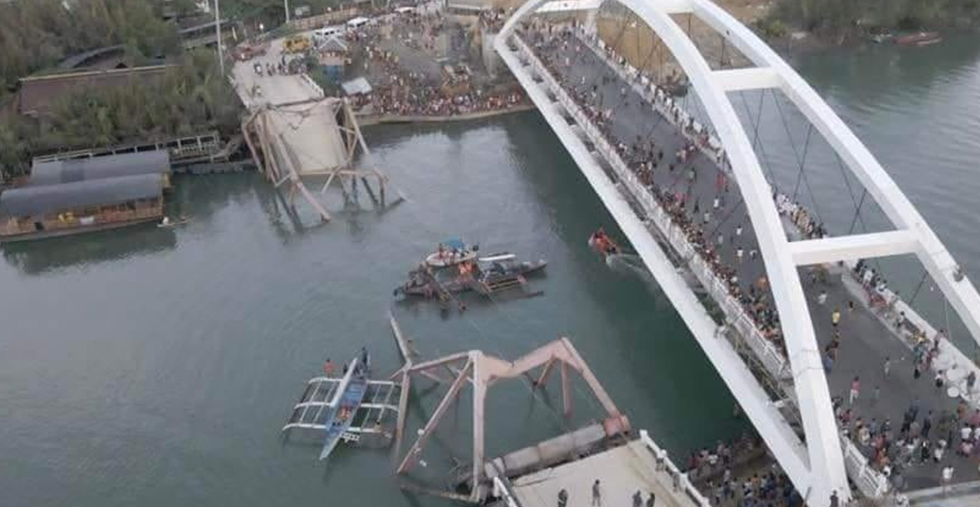 The Department of Public Works and Highways (DPWH) is tentatively scheduled to open the new Clarin Bridge in Loay town on Thursday replacing the decades-old bridge that collapsed last week and left four people dead and over a dozen injured.

DPWH Third Engineering District chief Magiting Cruz on Wednesday said they will be able to push through with the opening at noon on Thursday if weather conditions will be favorable as they continue to work on the approaches of the bridge.

“We will try our best, baka tomorrow na tayo. We are finishing the approaches of the bridge,” said Cruz.

The bridge was supposed to be opened on Wednesday but construction was hampered by continued rains.

According to Cruz, the DPWH’s First, Second and Third Engineering Districts have deployed personnel to assist the contractor in completing the bridge as ordered by the agency’s head office after the collapse of the old Clarin Bridge on Wednesday last week.

Cruz said an estimated 50 personnel are working on the bridge.

The DPWH will initially open one lane of the bridge to make way for the asphalting of approaches at the opposited lane.

Meanwhile, the DPWH also continued its salvaging operations to pull out vehicles submerged in the Loboc River.

The DPWH has so far recovered nine of the 15 vehicles that fell with the bridge when it collapsed.

Construction of the new Clarin Bridge started in 2018.

The DPWH, the project’s implementing agency, was targeting to inaugurate the bridge before President Duterte steps down from office in June.

The new infrastructure was already “over 90 percent” done when the the old bridge collapsed last week prompting the DPWH’s head office to expedite the remaining works on the approaches.

The new infrastructure, poised to be the second Nielsen-type bridge in the country, was designed to be 104 meters long and 6.7 meters wide including the sidewalk.

Construction is overseen by a joint venture obetween VT Lao Construction and Indonesian firm Wijayakari Construction, which is mostly supplying materials for the project.

According to the DPWH, the project is part of the Bohol Circumferential Road Contract Package 3 under the agency’s Road Upgrading and Preservation Projects funded by a loan agreement between the governments of the Philippines and Japan through (JICA) Japan International Cooperation Agency.