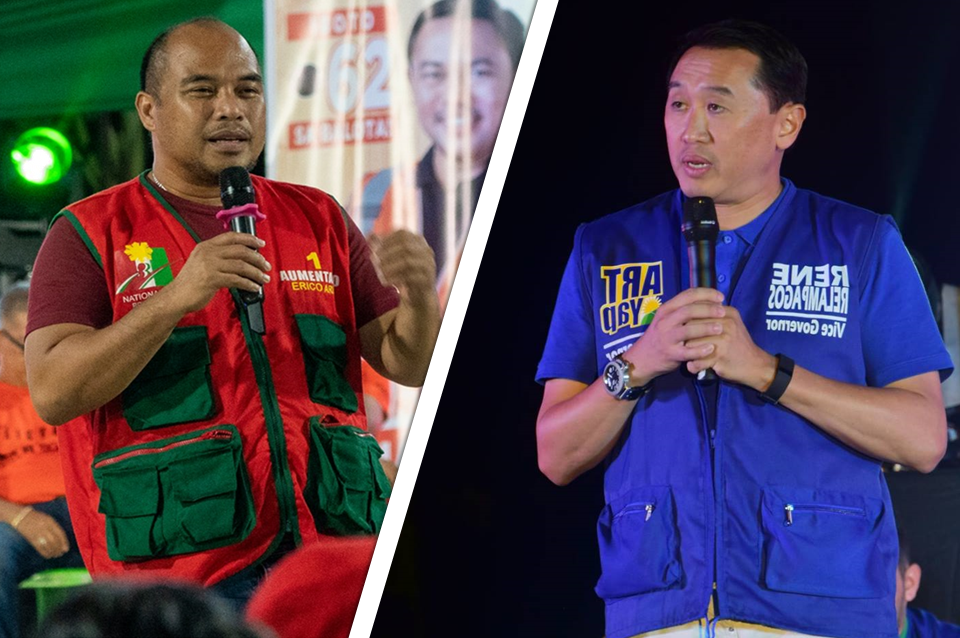 The voters’ preference ratings of the tandem of Rep. Aris Aumentado and Provincial Board Member Victor Balite soared in the second survey conducted by the Holy Name University Center for Research and Publication (HNU-CRP) from April 10 to April 29.

The surge was enough to catapult Aumentado as the gubernatorial frontrunner with a 54-percent rating and land Balite in a statistical tie as the top preferred candidate for vice governor with 42 percent.

Governor Art Yap who is seeking reelection was in second place with a 41-percent preferential rating while his running mate Vice Governor Rene Relampagos got 51 percent.

The margin of error for the survey is at ±5 which means that a candidate should lead by at least 11 percentage points to be considered as the clear frontrunner.

In the HNU-CRP’s first survey conducted from February 28 to March 21, Yap led over Aumentado, 54-43 while Relampagos widely outpaced Balite in the two-man, vice-gubernatorial race, 72-26.

Aumentado led in all income classes but it was among Class E respondents that he obtained a clear edge over Yap as indicated in the April survey.

The last-term congressman also dominated in Tagbilaran City and the first and second districts with ratings of 67, 49, and 45, respectively.

Meanwhile, Yap got 28, 41, and 31, in Tagbilaran City and the first and second districts, respectively.

The governor only led in the third district in which he obtained 53 percent over Aumentado’s 44 percent.

Rep. Edgar Chatto is still the clear top preferred candidate in the first district with a 70-percent preferential rating.

In the second district, Van-van Aumentado is statistically tied with Jaja Jumamoy as both garnered 52 percent and 37 percent, respectively.

Margin of error for the second district is high at ±10 which means that a candidate should be leading by at least 21 percentage points to be considered leading over an opponent.

In the third district, Rep. Alexie Tutor widely leads with a 72-percent preferential rating over her nearest opponent Kat Lim who obtained 23 percent.