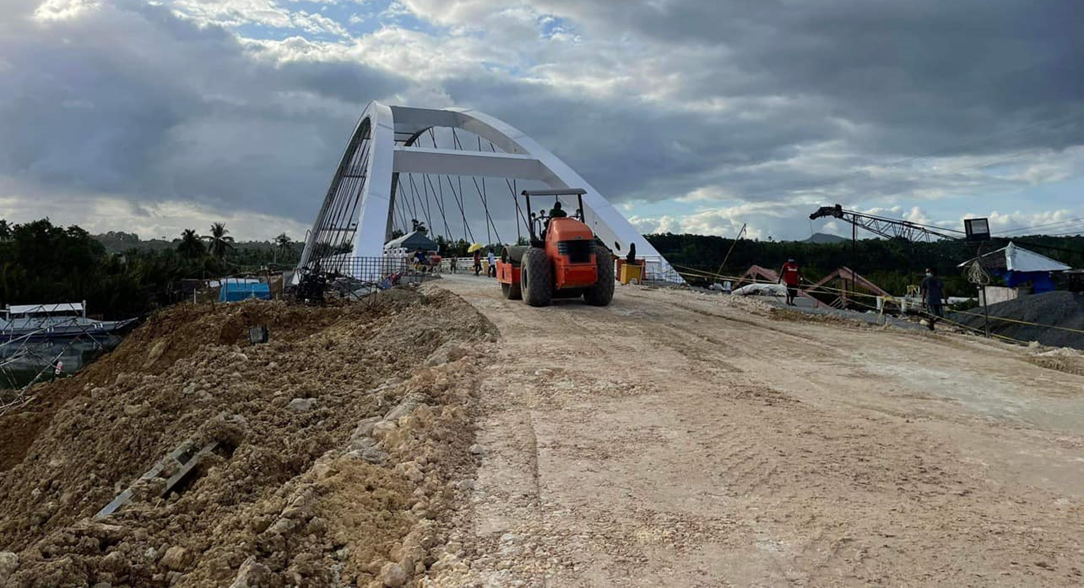 Trucks, buses and other large vehicles will initially be prohibited from passing through the new Clarin Bridge in Loay which is scheduled to open Friday afternoon, said a Department of Public Works and Highways (DPWH) official.

DPWH Third Engineering District chief Magiting Cruz explained that the temporary prohibition is intended to prevent congestion considering that only one lane of the bridge will be opened first.

The DPWH will keep one lane of the bridge closed to make way for the asphalting of the approaches which will be done one lane at a time.

The DPWH is targeting to complete the asphalting by the first week of June allowing them to open both lanes of the bridge by then.

The new structure will replace the decades-old Clarin Bridge which collapsed on April 27 taking down with it 15 vehicles and killing four persons.

Authorities have speculated that the bridge which was built in the 1970s fell due to its old age and overloading of vehicles.

According to Cruz, they will not hold any ceremony when the new modern bridge opens for the first time on Friday afternoon.

He said the formal inauguration will be held before President Duterte steps down from office by the end of June.

Meanwhile, Cruz assured the public of the bridge’s safety saying that the contractors employed a modern design for the new infrastructure.

He noted that it is a suspension bridge addressing concerns from the public that the structure appears to lack foundation from underneath it.

The structure which is 104 meters long and 6.7 meters wide including the sidewalk is a basket-handle, Nielsen-type bridge.

It is the second of its kind in the country next to the Bamban Bridge in Tarlac province.