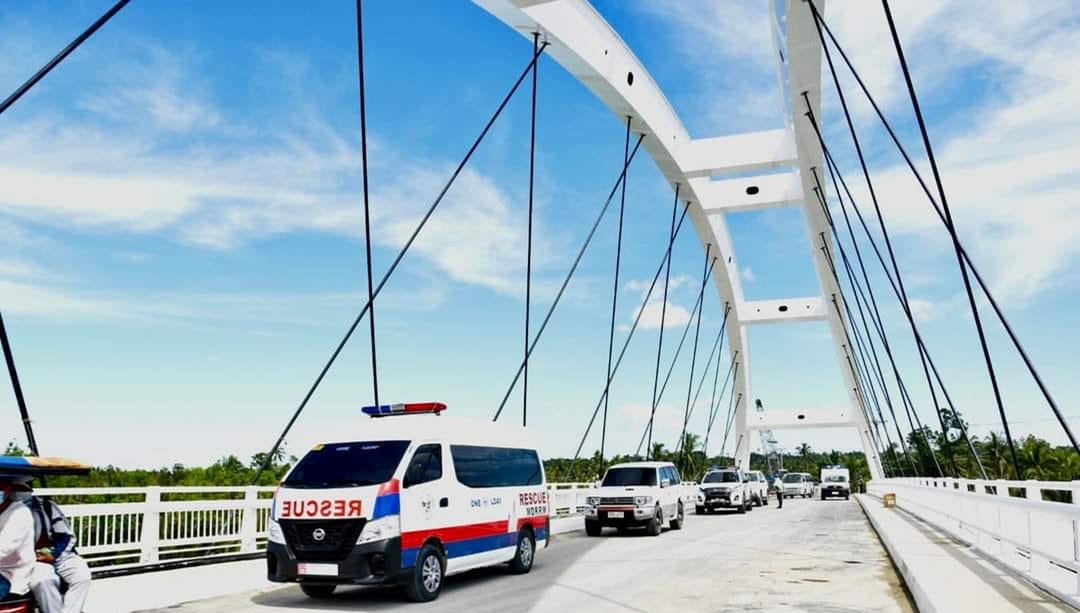 The two opposing lanes of the new Clarin Bridge in Loay were opened temporarily starting on Friday in time for the municipality’s fiesta celebration during the weekend and ahead of the structure’s inauguration next week.

The two lanes remain open until Sunday as requested by Loay Mayor Hilario Ayuban who expects that the festivities will draw throngs of motorists.

Previously, only one lane of the bridge was opened while wide vehicles such as trucks and buses were barred from passing through.

The partial closure and prohibition were due to continued cementing of the structure’s approaches.

According to Cruz, they plan to permanently open the bridge for two-way traffic after the structure’s inauguration which is temporarily set on June 17.

National government officials, possibly including President Duterte, are expected to attend the ceremony.

The Clarin Bridge, which is only the second Nielsen-type bridge in the country, was partially opened on May 6, ahead of the scheduled June inauguration.

It was opened earlier than expected after the old Clarin Bridge collapsed on April 27, leaving four persons dead and over a dozen injured. (AD)