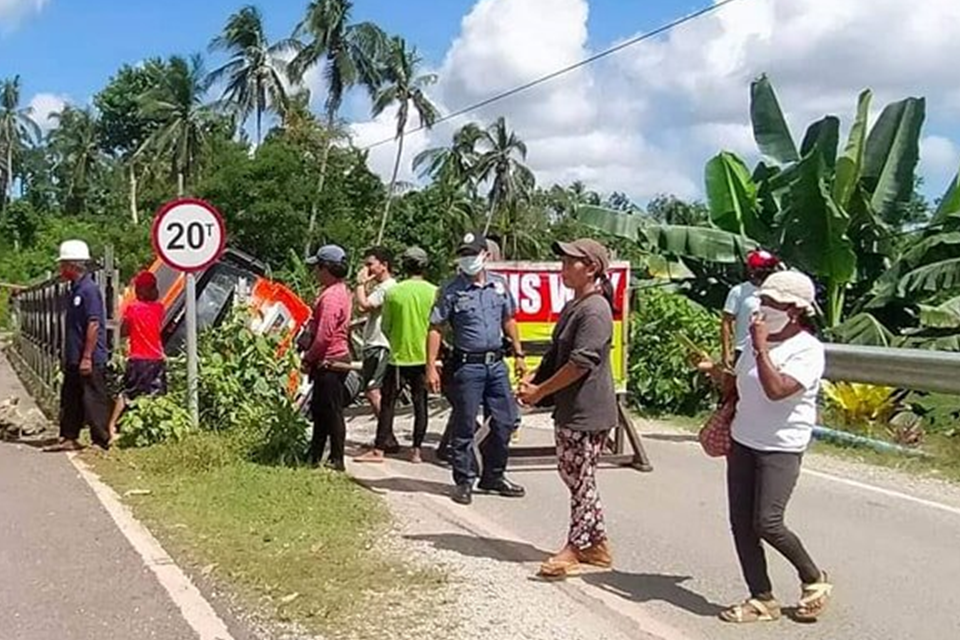 Authorities are still continuing their investigation to determine the cause of the collapse of the Borja Bridge in Catigbian town on Thursday morning.

However, Catigbian Municipal Disaster Risk Reduction Office (MDRRMO) chief Jake Maglajos said the 12-wheeler truck which fell with the bridge and was the lone vehicle on the structure during the incident, weighed more than the bridge’s load limit.

According to Maglajos, the Alturas Group of Companies truck which was transporting sand weighed 34 tons.

This was beyond the bridge’s load limit of 20 tons.

Maglajos added that the bridge’s old age may have also contributed to its collapse, noting that the steel structure was built in 1996.

The collapsed bridge which is part of a provincial road has a twin structure beside it but authorities have also closed it as precaution.

No one was injured during the incident but the bridge’s closure is expected to cause heavy traffic.

Maglajos said cars, vans and trucks heading to Sagbayan via Catigbian should take the road from the town’s public market then pass through barangay roads in the villages of Candumayao, Kauswagan Norte, Mantasida and Tripol.

He added that travel time along the alternate route is 15 minutes longer than the original route via the collapsed bridge.

Meanwhile, smaller vehicles such as multicabs, motorcycles and tricycles may pass through a barangay road which cuts through the villages of Baang, Alegria, Liboron and Tripol. (A. Doydora)