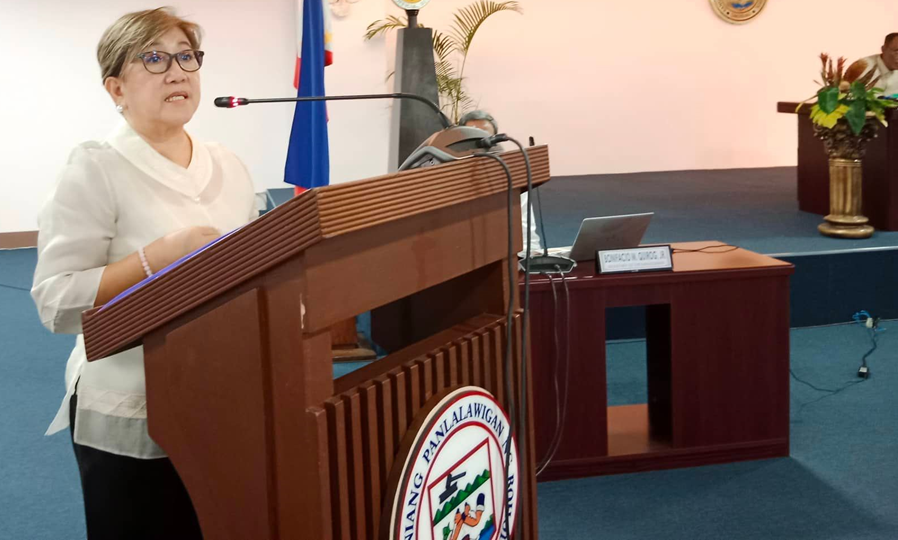 The PB made the decision during its inaugural session on Tuesday with no objections from its 13 members.

Prior to the session, Aumentado sent a letter to the PB’s presiding officer Vice Governor Victor Balite requesting the confirmation of his top appointees.

Caberte, a former assistant secretary of the Department of Trade and Industry (DTI), is a cousin of Aumentado and Lagunay was provincial administrator and PLO during the term of the late former governor Erico Aumentado.

Both Lagunay and Caberte who were present during the session expressed their gratitude to the PB for their confirmation.

In a brief speech, Caberte said she looks forward to working with the PB in implementing policies that would benefit Boholanos.

“Together with the Sangguniang Panlalawigan, we will continue our spirited dialogue with partners and the people of Bohol to craft better solutions and stretch beyond self-imposed linitations,” said Caberte.

According to Caberte, it was difficult for her to leave the DTI after 40 years to be part of the Aumentado administration.

She said what drove her to take the job was seeing the devastation left by Typhoon “Odette” in Bohol.

“My decision to join this institution was never easy. But looking back, God has been so good to me for the past 42 years, and looking at Bohol when I visited after Odette, really made me decide to let go of my employment in Manila, Caberte said.

For his part, Lagunay expressed his excitement in being back with the provincial government—this time, serving under the son of his former boss.

“I feel nostalgic because I am returning to the old job I held 12 years ago. Here, I grew personally and professionally. I earned battle scars and found fulfillment. And I also feel excitement because I am rejoining public service under the younger Aumentado,” said Lagunay.

The PB’s inaugural session was attended by all 10 of its elected members and three ex-officio members.

All 10 legislators and Victor were allocated time to deliver their inaugural address.