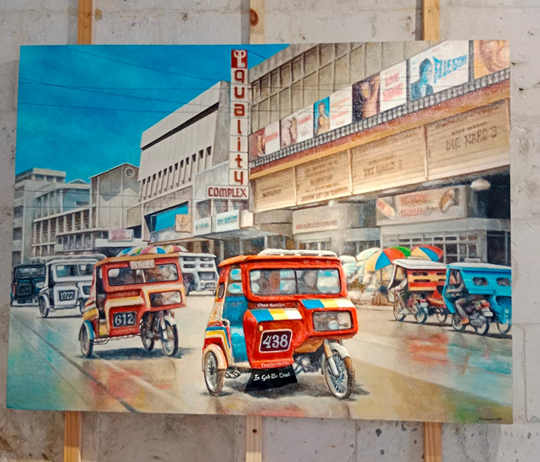 The Bohol Art Expo 2022 opened its doors to the public on Monday in time for the month-long Sandugo festivities.

According to Lester Oano, a member of the expo’s curatorial team, they are displaying paintings and sculptures of both veteran and young local artists.

Oano said over 40 individuals vied for a spot at the exhibit but only 24 were accepted.

The expo, an annual event that started in 2021, will be open until September 5.

According to Oano, the long exhibit period allows artists to showcase their work to more people including tourists.

He said the expo not only helps promote the work of local artists, but also the Boholano culture.

“If you look at other places like Ormoc and Bacolod, they have their galleries. And isa sa challenge nato as artists is walay place to hold exhibitions but malls. And usually in malls, it’s only short term,” said Oano.

Meanwhile, the artists gained the support of Aumentado who vowed to find avenues to promote Boholano art and culture.

Aumentado said he has discussed with the Bohol Association of Metro Manila a plan to hold an expo in the capital region in which the province’s culture and arts will be showcased.

The governor also bared his plan to build a coffee shop which will showcase the work of Boholano artists. (A. Doydora)