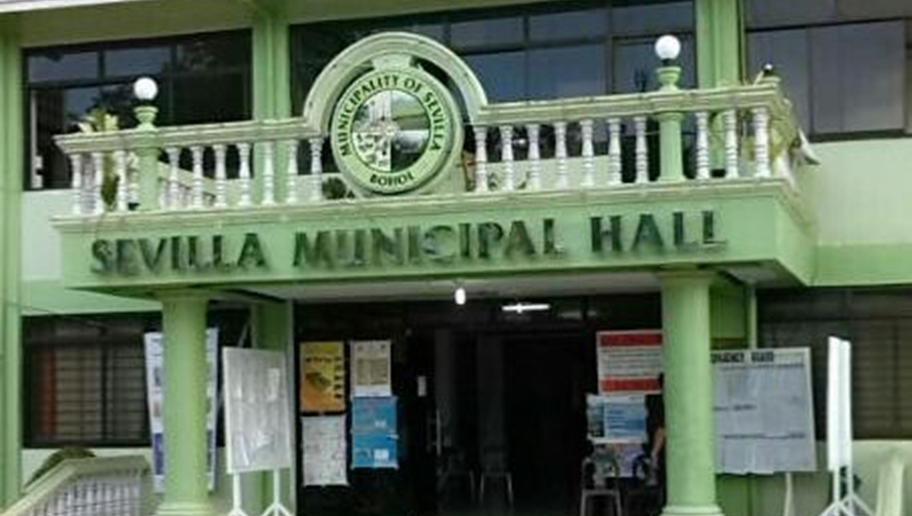 Sevilla Mayor Juliet Dano called on Balilihan Mayor Pureza Chatto to  “facilitate for the removal of the installations and structural support at Bugwak Spring, Barangay (Brgy.) Magsaysay, Sevilla” referring to equipment installed by the contractor of the water supply project of the Local Government Unit (LGU) of Balilihan.

In a letter addressed to Chatto on July 18, 2022, Dano cited a letter from the National Water Resources Board (NWRB) on June 23, 2022, stating that “Conditional Water Permit (CWP) No. 01-22-008 allows LGU-Balilihan to appropriate water from Bugwak Spring located at Sto. Nino, Balilihan, and not from Bugwag Spring located at Magsaysay, Sevilla, Bohol.”

On the same date, Dano gave District Engineer Godofredo Laga, Jr. of the Department of Public Works and Highways (DPWH) fifteen working days from receipt of her letter “to remove all installations connected to Bugwak Spring located at Magsaysay, Sevilla, Bohol.”

Richli Corporation, in a letter to Dano on July 29, 2022, sought her assistance for “expeditious action” on its request for an order “for the removal of their (LGU-Balilihan) submersible pump, intake system steel structure, discharge pipe, and thrust block concrete cement” in the 18,762 square meter lot at Bugwak Spring owned by Richli.

The CWP of LGU-Balilihan was ordered canceled by the NWRB on June 2, 2022, and is now under a motion for reconsideration while Richli received an order from the NWRB on June 10, 2022, to explain why its CWP will not be canceled.

The NWRB granted Sevilla a CWP for a volume of 20 LPS.

Laga, in an interview with the Chronicle said that the issue of the removal of all equipment and infrastructure at the vicinity of Bugwak Spring by the DPWH District Office as requested by Dano was referred to its Legal Division for further study.

The demand for the removal of equipment at Brgy. Magsaysay comes amid the cancellation of the CWP of Balilihan as ordered by the NWRB Board of Directors on June 2, 2022.

The NWRB order disclosed that they were misled by the inaccurate data and information as to the exact location of Bugwak Spring as provided by LGU-Balilihan in its water permit application (WPA).

LGU-Balilihan represented by Mayor Pureza Chatto filed a motion for reconsideration (MR) before the NWRB on July 18, 2022 stressing the accuracy of its geographical coordinates of Bugwak Spring.

According to its MR, the coordinates was prepared by Eustaquio Luayon, Jr., an hydrologist of the National Irriation Administration (NIA) which they relied in good faith.

As its designated agent, the LGU has the right to rely on the report of NIA particularly the coordinates.

LGU-Balilihan maintained that they were fully aware that Bugwak Spring is not located in Brgy. Sto. Nino, Balilihan but was only used as a diversion point.

LGU-Balilihan argued that Bugwak Spring is in the river and all waters belong to the state.

Balilihan was appalled by the lack of procedural due process when Richli committed an error in their WPA, the same issue as Balilihan where they indicated Sto. Nino, Balilihan as their diversion point but the coordinates referred to another spring in Brgy. Lourdes, Cortes which is kilometers away from Bugwak Spring.

Balilihan complained that Richli was only issued a show cause order while its CWP was immediately cancelled.

Richli, in its opposition to Balilihan’s MR, chided the LGU for poor staff work.

Richli stressed that permits are privileges granted only to the qualified and not to those of good intentions only.

Richli advised Balilihan to dismantle its illegal water facilities, refile its water application and submit the correct requirements, and this time act with enough diligence to ensure compliance of the provisions if the Water Code of the Philippines.

The fact that Balilihan was given a copy of the petition for revocation of water permit, given a chance to answer and present evidence, and file its MR is due process, according to Richli.