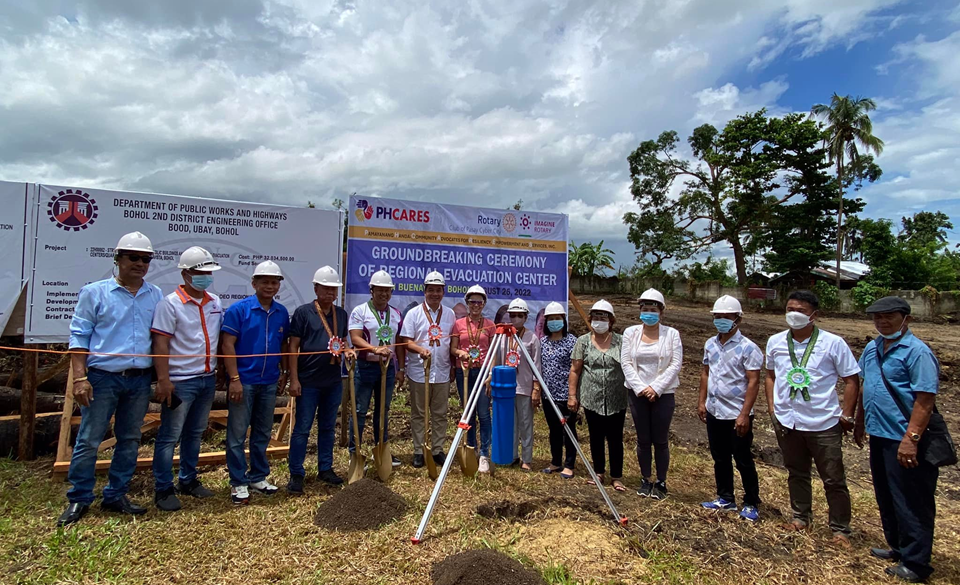 A P32-million Regional Evacuation Center which will cater to multiple towns and is expected to be the largest of its kind in Bohol is set to be built in Buenavista town.

The Department of Public Works and Highways (DPWH) broke ground for the project on Friday last week with 2nd district Rep. Vanessa Aumentado and Buenavista Mayor Dave Duallo in attendance.

“This will serve as temporary shelter during calamities. Naay, comfort rooms and bathrooms,” said Duallo.

Construction of the facility is expected to start within the week.

According to Duallo, the 1,500-square meter facility will be erected inside the campus of the Buenavista Community College in Barangay Cangawa.

Duallo said the project will be funded through the Bayanihan 2 which supposedly allocated funds for the establishment of isolation centers.

According to Duallo, it was Governor Aris Aumentado, who is the former congressman of the second district, pushed for the project’s approval and chose Buenavista as site for the facility.

The local chief executive added that the facility will accommodate even those from other towns considering that it is a national project. (A. Doydora)