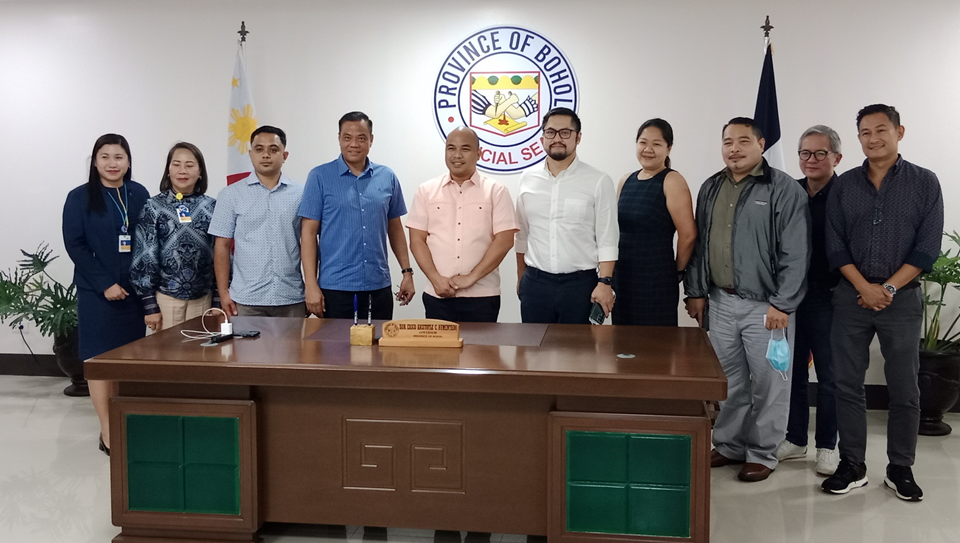 SM Supermalls, the country’s largest mall chain, is “100 percent” committed in expanding in Bohol, Governor Aris Aumentado said following a meeting with one of the top executives of the retail giant who arrived in the province on Wednesday.

SM Supermalls senior vice president Bien Mateo paid a courtesy visit to Aumentado at the Capitol to discuss investment plans for Bohol not just in retail, but in various industries including tourism.

According to Mateo, the opening of an SM branch in Bohol is already “in the pipeline.”

He estimated that construction will start within the next “two to three” years.

SM is eyeing a seven-hectare property behind the TaRSIER 117 compound in Barangay Cogon and Barangay Dao as site for their first mall in the province.

“We will coordinate closely with the [government] for the necessary things that we need to comply with. And we are very happy to hear from the governor that we are welcome,” said Mateo.

SM’s first investment in the province is expected to generate an estimated 2,000 job openings.

According to Aumentado, he will create a task force which will directly coordinate with SM and other national investors to help ease their entry into the province.

Mateo confirmed that it was the first time for SM to officially coordinate with the provincial government of Bohol to discuss investment opportunities.

“That’s a very big factor for us to really expedite our development here in Bohol,” said Mateo.

There had been speculations that pushback from the government and local industry players hampered SM’s entry into the province.

According to Aumentado, local mall industry players have not made any attempts to block the retail giant’s entry.

He also thanked the local mall operators, which are among the largest corporations in the province, for helping sustain the province’s economy in the past decades and generating employment.