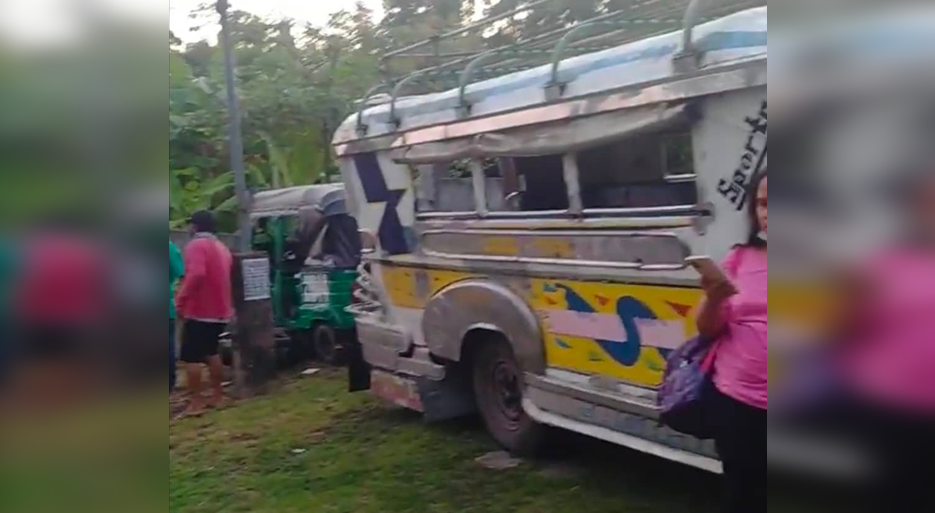 Three vehicles figured in an accident after they took a detour to avoid a checkpoint set up by the Land Transportation Office (LTO) which was conducting a roadside inspection in Baclayon town on Monday morning.

Staff Sgt. Ian Micutan of the of the Baclayon Police Station said a public utility jeep was unable to climb an uphill barangay road causing it to slide back and hit a trailing motorcycle and tricab.

Micutan said the driver of the motorcycle and one passenger of the jeep sustained minor injuries.

According to Micutan, the jeep and several other vehicles passed through the seldom-traversed barangay road to avoid the LTO operatives who were conducting inspections along a highway in Barangay Laya, Baclayon.

Micutan said the drivers involved in the accident were able to present their vehicle registration and driver’s license.

The drivers claimed that they evaded the LTO checkpoint to avoid “complications.”

Earlier this week, the LTO has sent anew its rangers from Cebu City to conduct random checkpoints across the province.

The agency has been deploying its rangers in the past months to help enforce traffic laws in the province. (A. Doydora)