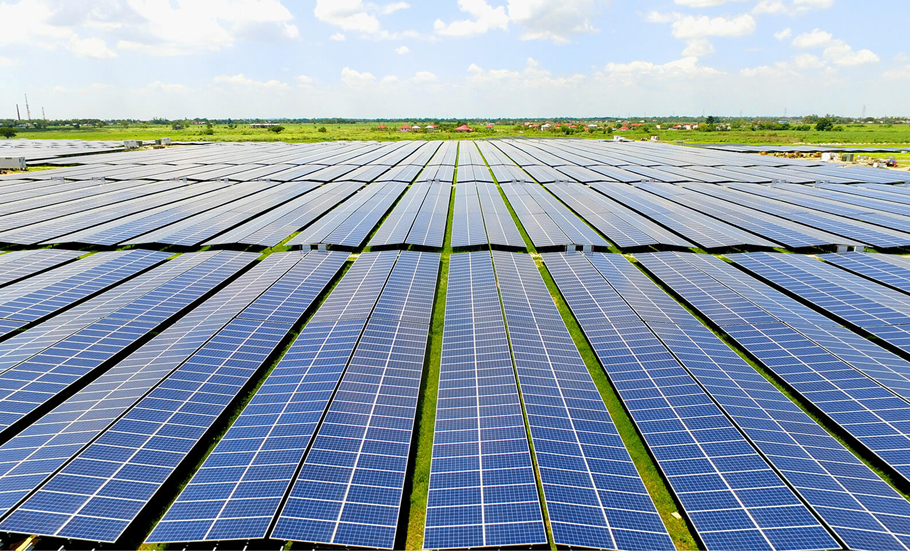 The Yuchengco-led PetroEnergy Resources Corp. (PGEC) broke ground on Tuesday for what will be the first solar farm in Bohol.

The power firm which is based in Pasig City will build the 27-megawatt, direct-current facility at a 22-hectare land in Barangay San Vicente, Dagohoy, after securing in July an operating contract from the Department of Energy (DOE).

According to PGEC assistant vice president for operations Ma. Victoria Olaivar, they have allotted at least P1 billion for the project.

“These are just initial numbers but it’s more than a billion pesos. One idea we have is full equity to, yung kompanya mismo ang magbabayad dito or pwede kaming umutang sa bank, usually ganyan naman pag may projects,” said Olaivar.

Olaivar said the facility, which will be the PGEC’s first solar farm in Central Visayas will comprise at least 70,000 solar panels.

It will have the capacity to power an estimated 15,000 households.

She added that the sprawling plain in Dagohoy is ideal for drawing solar power and is ideal due to its nearness to the transmission lines of the National Grid Corp. of the Philippines.

“When we choose projects for a solar farm, we have a criteria, and syempre una sa lahat yung sikat ng araw, and pangalawa is how easy it is for us to connect to the grid. And also we have to consider kung gaano ka receptive ang local government officials, and we’re very lucky that they are very open,” Olaivar said.

For his part, Relampagos said the solar project is a welcome development that will benefit not just the town of Dagohoy but the entire province.

He said the solar farm will help boost the local economy.

Relampagos compared that a wind power facility operated by the PetroWind Energy Inc. in Aklan generates revenues of  over P5 million per year for the town and at least P3 million for the barangay.

The dependence has caused the province to be plunged into darkness multiple times during calamities that either hit the power sources in Leyte or transmission lines between the provinces. (R. Tutas)