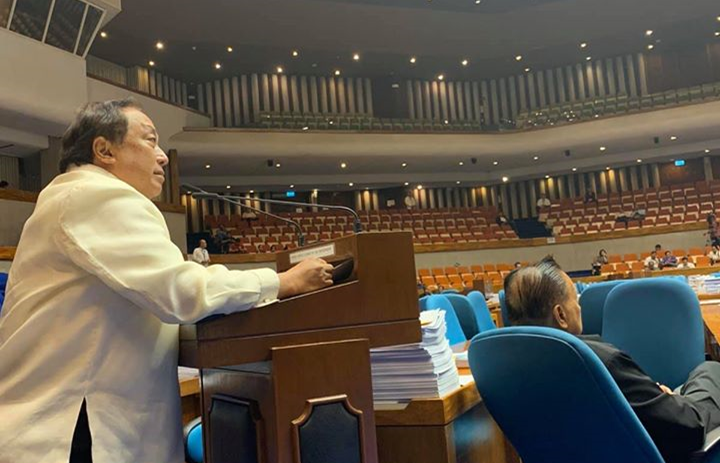 Cong. Edgar Chatto called on the Department of Transportation (DOTr) Sec. Jimmy Bautista during the recent Budget Deliberations to facilitate resolution of pending issues surrounding the Operations and Maintenance (O&M) of the new Bohol-Panglao International Airport.

Since 2018 when the facility was inaugurated, no improvements can be seen in the airport. Many observers even say that it is already deteriorating.

Chatto said that the Civil Aviation Authority of the Philippines (CAAP) is running the facility while waiting for the O&M Contractor to take over.

Aboitiz and DOTr were about to sign the contract already approved by the National Economic Development Authority (NEDA) in 2020 when the COVID pandemic lockdowns started.

Aboitiz submitted a revised proposal considering the changes in economic variables caused by the pandemic.

Until this time, the proposal has not been agreed upon with finality by DOTr, NEDA and Aboitiz.

Per Chatto’s inquiry, the discussions are brought back to DOTr under the new administration of DOTR Sec. Bautista and NEDA Sec. Arsenio Balisacan.

Sec. Bautista however assured Chatto that efforts to expedite the process are being undertaken with the review of (Public Private Partnership (PPP) Guidelines currently being done.

Bautista further said that CAAP will act on concerns raised by the traveling public on the airport’s upkeep.

It may be recalled that it was during the term of Chatto as then governor of Bohol when the Bohol-Panglao International Airport was constructed and inaugurated.

In a talk with Aboitiz InfraCapital President and CEO Cosette Calinao, she expressed Aboitiz’s intent to pursue the proposal to operate the airport.