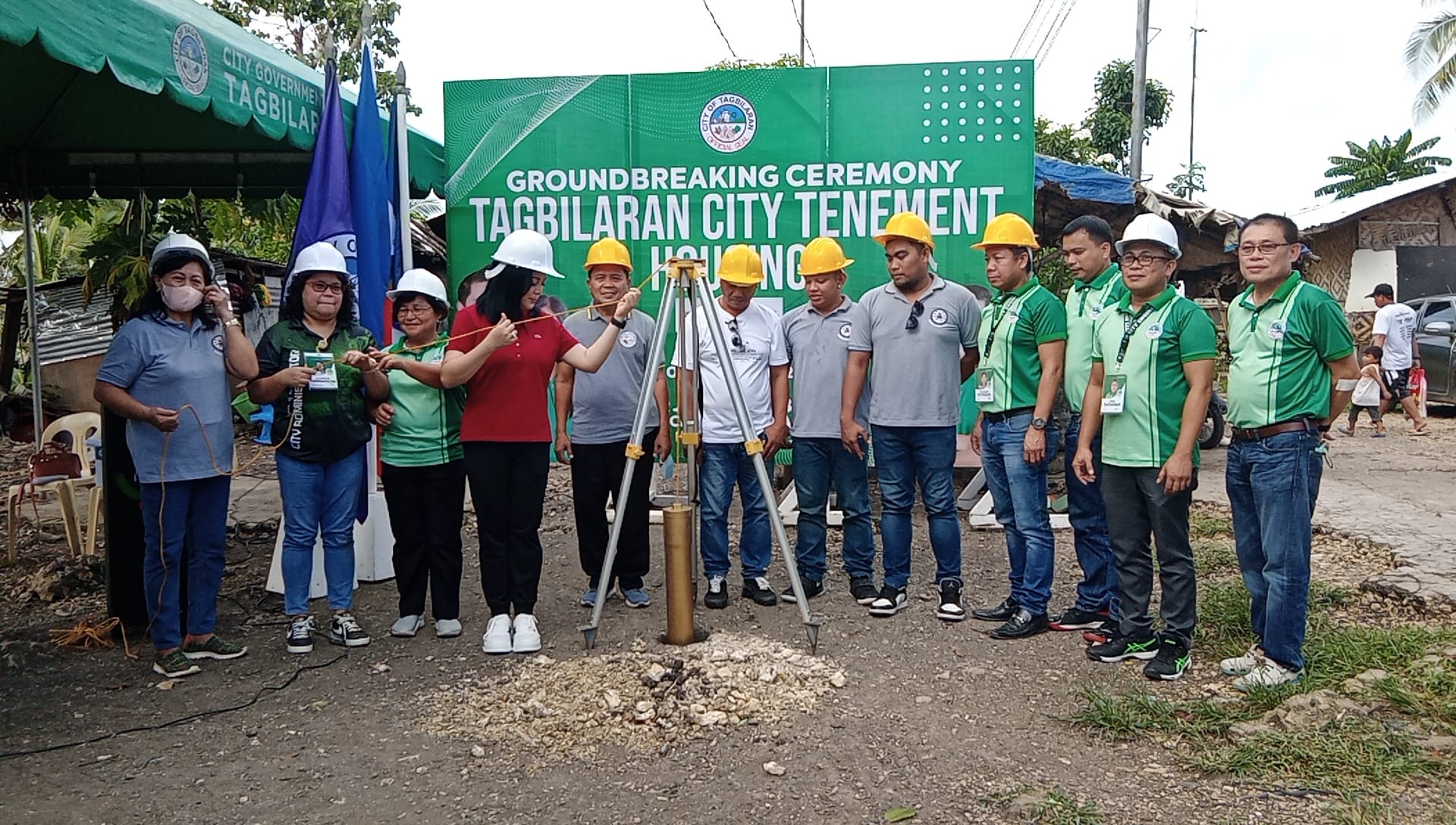 The Tagbilaran City local government unit (LGU) on Tuesday broke ground for tenement
“twin towers” that will house around 80 urban poor families and which will be the first vertical government housing project in the city.

Mayor Jane Yap led the groundbreaking ceremony of the four-story facility which will be erected near the city’s defunct dumpsite in Barangay Dampas.

According to City Engineer Teodoro Estoque, the city has allocated an initial P33 million for the project.

The facility be built in a 600-square meter lot owned by the LGU.

Each building will have four floors with eight units each.

Estoque said they will soon bid out the construction of the project which will be overseen by the City Engineering Office.

Meanwhile, the city is still finalizing the list of beneficiaries for the project.

The agency, through the initiative, will extend a monthly subsidy of P1,500 for each of the beneficiary families for their amortization. (rt)