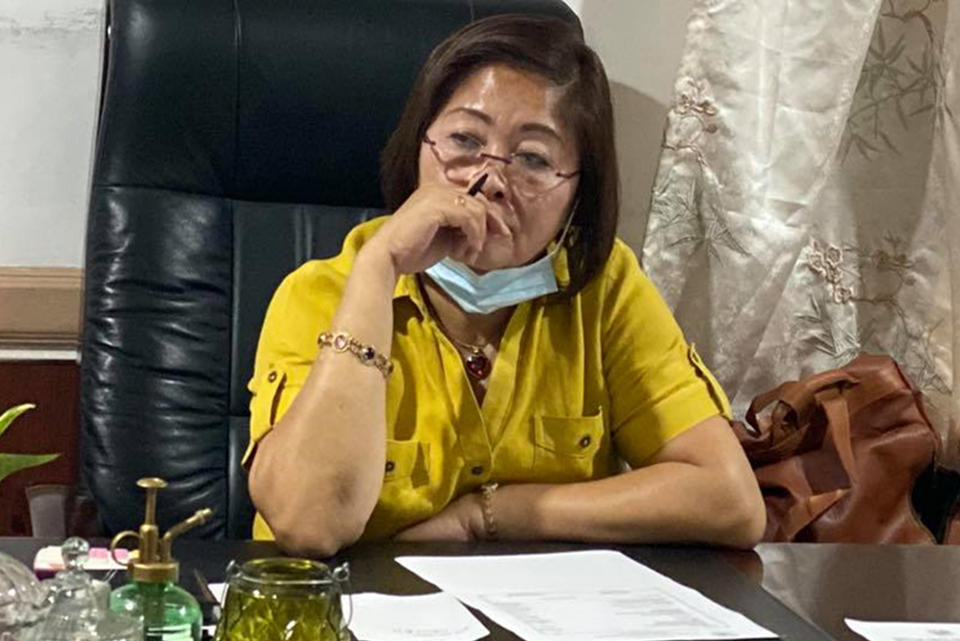 The Sandiganbayan has sentenced former Panglao mayor Leonila Montero to at least 24 years in prison after she was convicted of four counts of graft for hiring four losing candidates as job-order employees of the municipality as a supposed loophole to the one-year appointment ban on unsuccessful electoral bets.

The veteran politician who was a three-term mayor of Panglao from 2013 to 2022 was also perpetually disqualified from holding public office.

In a 49-page decision promulgated on Wednesday, the Sandiganbayan Sixth Division found Montero guilty of violating Section 3(e) of Republic Act 3019, otherwise known as the Anti-Graft and Corrupt Practices Act.

“Without a doubt, her act of resorting to hiring the four losing candidates on a job order basis to circumvent the prohibition under the Constitution and RA 7160 has caused undue injury to the Municipality of Panglao in the form of unwarranted benefits, advantage, and preference given to disqualified persons,” the court said.

The Chronicle tried to get the side of Montero—who has options to file a motion for reconsideration and to raise an appeal before the Supreme Court—but she has not answered calls and replied to text messages on queries regarding her plans in response to the decision.

The anti-graft court meted out a penalty of imprisonment of six years and one month as minimum and up to 10 years as maximum for each count of the four graft convictions.

For her civil liability, Montero was directed to pay the Panglao local government unit (LGU) P1.3 million to account for the salaries and benefits paid to the four job-order personnel, plus legal interest.

However, the Sandiganbayan acquitted Montero of charges against her for violating Article 244 of the Revised Penal Code (RPC), which defines and penalizes unlawful appointments, for lack of one of the four requisite elements of the felony.

Since Montero hired the four losing candidates as job-order employees instead of appointing them, her act did not meet the second element for the violation of Article 244, thereby leading to her acquittal.

Montero’s conviction for violating RA 3019 stemmed from her attempt to “circumvent” the one-year appointment ban by hiring candidates who lost in the immediate previous elections as job-order personnel in 2013.

Upon her assumption of office on July 1, 2013, Montero hired Noel Hormachuelos as municipal administrator, Danilo Reyes as public information officer, Fudulan as Public Employment Service Office coordinator, and Penales as consultant on infrastructure and engineering services.

The job-order personnel, except Hormachuelos who was Montero’s running mate, vied for seats in the town’s Sangguniang Bayan during the elections of the same year. All four of them lost.

As stipulated in Section 94 of RA 7160 or the Local Government Code, no candidate who lost in any election shall be appointed to any office in the government within one year after the immediate previous polls.

In her defense, Montero argued that her act of hiring the four men as job-order personnel was valid.

She added that she consulted lawyers and based her decision on a Department of Interior and Local Government opinion which stated that hiring of losing candidates on a job-order basis is not prohibited by law.

However, the Sandiganbayan ruled that her claim was unsubstantiated and “self-serving at best.”

“Montero had been an elected public officer since 2001. She has also obtained a Bachelor of Laws degree. When she hired the four executive assistants, Montero was conversant of the laws prescribing qualifications and disqualifications of public officers,” the court stated.

The Sandiganbayan noted that Montero was aware of the illegality of her actions as evidenced by the lack of contracts of service executed between the Municipality and the four executive assistants.

“Worse, there was an admission by Hormachuelos that he did not sign any paper that he was receiving salaries from the Municipality, until the period of appointment ban was over, contrary to the Defense evidence that they were being required to submit accomplishment reports before receiving their salaries,” the court added.

To back her stand, Montero had also stated that she handpicked Hormachuelos, Reyes, Fudalan, and Penales as executive assistants due to their involvement in the deliberations and preparations for her programs for the municipality.

Montero is a businesswoman and a career politician who has held public office since 2001.

She was initially believed to be eyeing a seat in the Provincial Board as her last term as mayor was set to expire in 2022 but she did not run for office. She instead supported the mayoral candidacy of her daughter Aya Montero-Caindec.

However, Caindec and her running mate Brian Velasco lost to Edgardo Arcay and Hormachuelos, respectively. (with a report from AD)