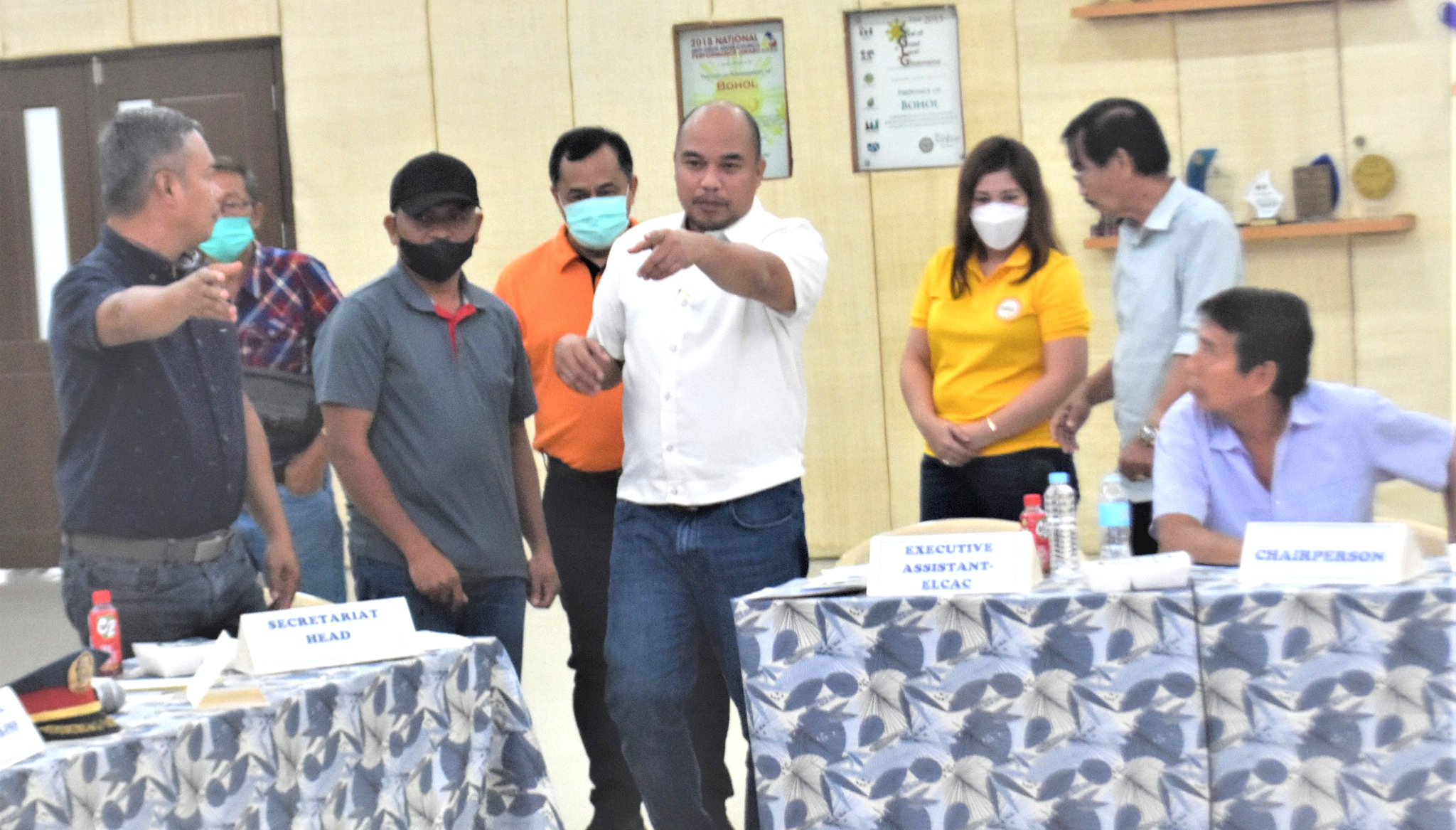 Nabas, who hails from Barangay Rizal, Batuan, Bohol has been in the underground movement for 30 years. His involvement began in 1992 when he was only 16 yrs old. He has been a team leader of the semi-legal team (SLT) in Batuan, Bilar, and Sevilla, and an acting Commanding Officer (C.O.) of a platoon that had several encounters with troops of the 12IB previously assigned in Bohol and with the 47IB of the Philippine Army.

The governor was elated that he was happy that the initial efforts to end local communist armed conflict in Bohol has borne fruit. He stated that Elizar Nabas of Batuan surrendered to the government through him and Batuan Mayor Antonio “Dodo” Jumawid.

The negotiation of Nabas’s surrender started as early as September 14, 2022. His formal custodial debriefing by the PNP Intelligence Unit and the Military (MICO and 47th IB) was arranged by Mayor Jumawid and the governor’s office, through the Office of the Provincial Social welfare and Development (OPSWD) thru Mita Tecson and the Executive Assistant for End Local Communist Armed Conflict (ELCAC) Romy Teruel last September 30, 2022.

The Governor recalled the time when the province was declared insurgency-free on February 11, 2010, under the incumbency of his father, the late Governor of Bohol Erico Boyles Aumentado. In 2018, the CPP-NPA returned to try to re-establish their hold in Bohol. Although the Bohol Party Committee was reported to have been dismantled, its armed group continued to roam the province.

The Armed Forces of the Philippines (AFP) representative maintained that Bohol is still an insurgency-free province contrary to reports that it’s “almost insurgency-free.”

The Governor was pleased that Nabas finally saw how counterproductive and pointless the armed revolution is, given the fact the government is now intent on attending to the needs of the marginalized through the Aumentado-Balite administration, which is bringing services, programs, and projects of the government closer to the people.

The custodial debriefing of Nabas has already been completed and the deradicalization phase under the Enhanced Comprehensive Local Integration Program (ECLIP) program will start.

He also requested the ECLIP Committee to discuss the following concerns which are requirements for Nabas to fully benefit from the program: the safety and security arrangement for Nabas; his enrolment to Philhealth; the registration of his birth certificate and issuance of IDs as part of restoring and reaffirming his identity in society; immediate assistance for his mobilization expenses while his enrollment to the program is being processed; livelihood assistance; housing assistance; educational assistance for his children; legal assistance, as he is facing criminal charges in connection with his involvement in the underground movement; and healing and reconciliation through the provision of psychosocial support for Elizar Nabas and his children.

The governor also asked the PNP to allow Nabas to have a little more time to bond with his family before serving the warrant for his arrest.

Nabas’s surrender was a big win for the provincial government in its peace and security program as part of the development of the province. The Governor hopes that this will herald the peaceful surrender of other NPA rebels in the province.

The governor said the province is willing to talk peace with the rebels, the report said. But there were no details given yet.

The governor presided over the said meeting after provincial Board member Atty. Tomas Abapo, Jr, initiated the opening of the council meeting.