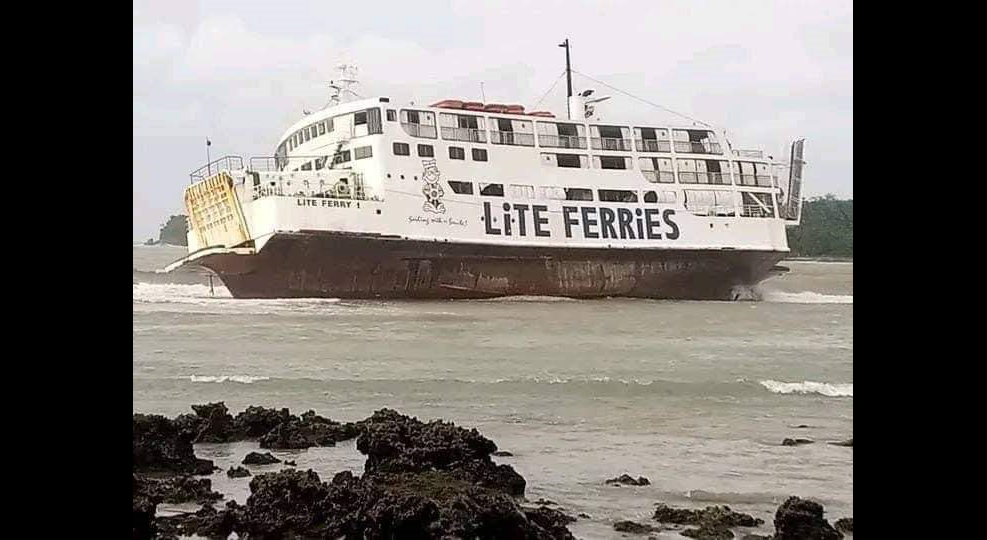 Authorities have taken precautionary measures to contain any oil spill from a passenger vessel which ran aground in Jagna town after it was buffeted by strong winds brought by Severe Tropical Storm “Paeng.”

According to Lt. Junior Grade Edcel Gonzaga, comamnder of the Philippine Coast Guard (PCG) Eastern Bohol, they have installed an oil spill boom around the stranded MV Lite Ferry 1 to prevent oil from spreading and damaging the marine ecosystem in the area.

However, Gonzaga clarified that this was merely a preventive measure as there was no noted oil spill in the area.

Gonzaga added that the Lite Shipping Corporation has not been able to move the vessel as it has taken in water due to possible damage in the ship’s hull.

Following the repair operations, the PCG will still have to determine if the vessel seaworthy even if it will only be dragged by a tugboat.

The vessel which was already estimated to be about “100 to 150 meters” away from land continued to be pushed nearer into the shore.

MV Lite Ferry 1 was located near the Jagna port for anchorage and for safety as Paeng pummeled a large parts of the country on Friday last week.

It was carried by strong waves to shallow waters at almost midnight on the same day causing it to run aground. (RT)