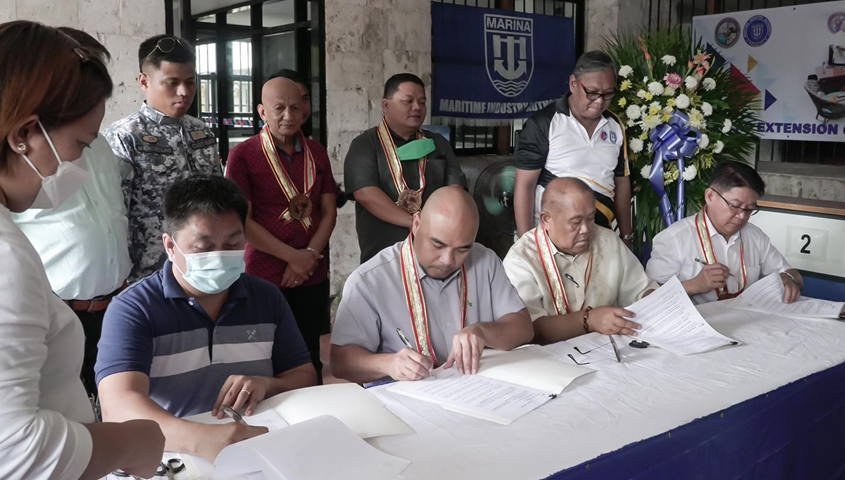 The Maritime Industry Authority (MARINA) 7 on Thursday formally opened an extension office in Panglao as part of the agency’s efforts to expend its reach throughout the region.

MARINA 7 director Emmanuel Carpio on Monday signed a usufruct agreement with the Panglao local government unit (LGU), which provided the office, during its inauguration.

The ceremony was attended by Governor Aris Aumentado and officials of the Panglao LGU.

According to Carpio, they intend to broaden the agency’s reach and bring its services closer to the public.

The office is intended for the registration of recreational boats and large fishing vessels.

Carpio said vessels above three gross tons need to register with the MARINA, while lighter boats are under the jurisdiction of the local government unit.

Meanwhile, seafarers are also required to undergo certification with the agency.

He said the new office will provide convenience to the many seafarers in Bohol which would not necessitate them to go to Cebu or Manila to comply with requirements.