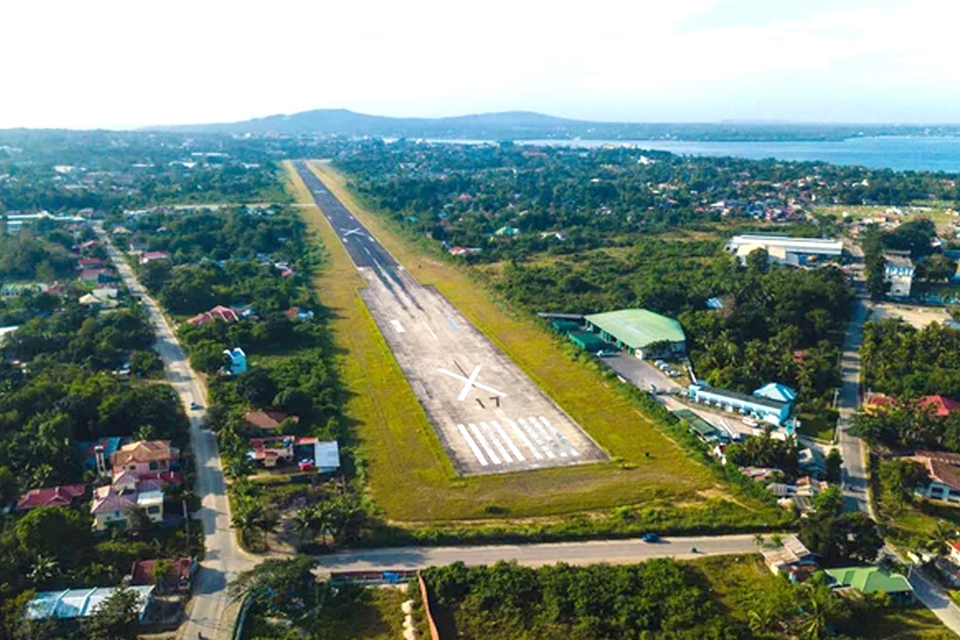 The provincial government is seriously considering the establishment of a huge convention center and an IT Park at the abandoned Tagbilaran City Airport.

This development surfaced as the demand for a convention center continued to escalate due to a “missed opportunity” for Bohol to host national gatherings of organizations and associations.

This discussion on the utilization of the old airport topped the agenda during a meeting of Gov. Aris Aumentado and Secretary Jaime Bautista of the Department of Transportation (DOTr) at the Civil Aviation Authority of the Philippines (CAAP) Main Building in Pasay City last Friday.

The hour-long meeting confirmed the agency’s willingness to expedite the utilization of the old airport which is being used as a jogging area and for events during July’s Sandugo festivity.

DOTR Sec. Bautista asked the governor to submit its proposal for the old airport which he will present to the executive board of the CAAP.

Gov. Aumentado said the province is open for a private public partnership venture in developing the old airport.

Earlier, the Chronicle learned Megaworld was eyeing the area for a township development. However, plans were aborted as the group found the runway cut of the lot is too slim for a township project.

The province owns about six hectares in the area while the rest is owned by the various national agencies.

Gov. Aumentado told the Chronicle the long delayed turnover of the Bohol Panglao International Airport (BPIA) has generated the concern of the DOTr secretary after he made a short briefing on the urgency of having the new airport turned over to a private operator.

He said Bautista’s update on the status of the bid of the Aboitiz Group revealed a marching order to fast track the documents needed to finalize the turnover of the Panglao airport.

Bautista told the governor that Aboitiz will not be asked to go back to “square one” but will only be requested to submit the lacking documents not later than Dec. 5.

The final turnover will likewise depend on the actions taken by the National Economic Development Authority (NEDA), the governor said.

In a phone call conversation with NEDA Sec. Arsenio M. Balisacan, the governor was assured the agency is looking into its backlog works during the pandemic which includes the Bohol Panglao International Airport

Various sectoral groups in the province, to include the Bohol Chamber of Commerce and Industry (BCCI), the Provincial Tourism Council (PTC) and the Bohol Association of Hotels, Resorts and Restaurants (BAHRR), sent resolutions to NEDA requesting to expedite the turnover of the BPIA.

Gov. Aumentado took cognizance of the clamor for the turnover of the P9-billion airport in Panglao which some indoor facilities have deteriorated due to poor maintenance.

The airport is under-utilized with only one international direct flight coming from South Korea.

The needed marketing of the Panglao airport needs the expertise of a privately owned company thus the call to fast track the turn over to the Aboitiz Group.