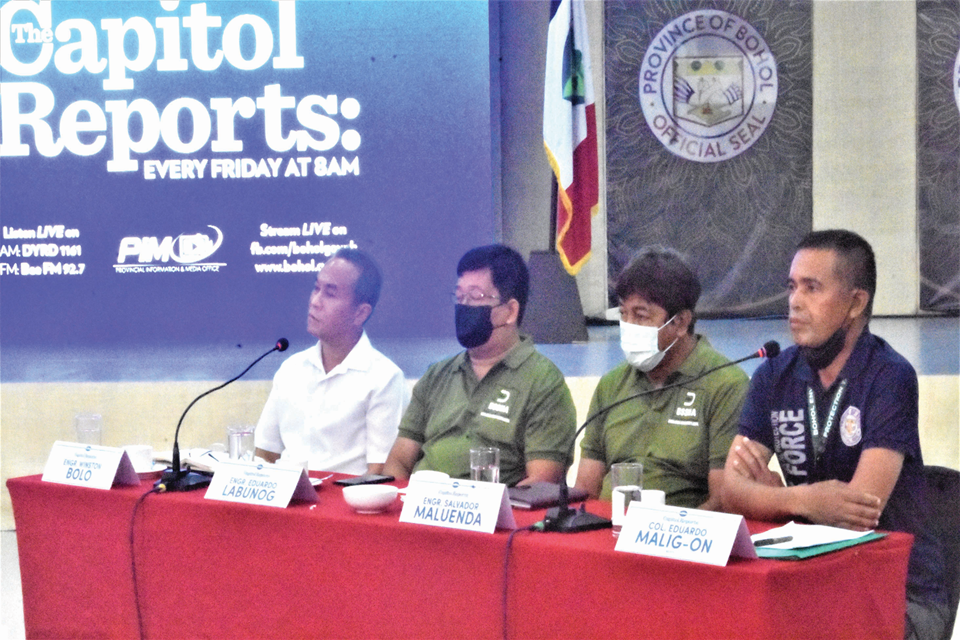 Without the alleged “tong” collection of a certain Mr. Ivan during the Yap administration, the collection of taxes from quarry operators in the province has dramatically increased during the five-month period (July-Nov 18), higher than those collected from January to June 2022.

This dramatic increase in quarry tax collection was attributed mainly to the eradication of institutionalized corruption victimizing quarry operators.

The “tong” collection of Mr. Ivan was first exposed to the public when a quarry operator reported that personnel of the Prov’l Treasurer’s Office gave him a phone number of a certain Mr. Ivan whom he should call before he can do business in the quarry operations. The said phone number was called on-air during DYRD’s Inyong Alagad program where a male voice confirmed that he was “Mr. Ivan.”

However, the radio interview was cut short when “Ivan” said that he could no longer hear Alagad anchorman Chito Visarra who wanted to ask several questions regarding the talks circulating that he was the man behind the tong collection among quarry operators.

These new benchmark figures achieved by the said office are clear indicators of the Provincial Government’s resolve through the BMinRRO to eliminate corruption by enforcing the rule of law.

Colonel Eduardo D. Malig-on, head of the Bohol Environmental Protection Task Force (BEPTF) said in an interview that from October to November 18, 2022, there were only six apprehended violators as others were able to present a valid delivery receipt.

He underscored that this is a good indicator that the Aumentado-Balite tandem vowed to protect the natural environment and enforce Provincial Ordinance No. 2020-035, otherwise known as the Revised Bohol Mining Ordinance of 2020, has borne fruit.

Col. Malig-on further stated that given this drastic drop in the number of apprehended violators, citing 17 apprehensions from the months of August and September. Mineral traders now know that the Provincial Government is serious about enforcing the law and protecting the environment. This has prompted traders to comply with the Revised Bohol Mining Ordinance of 2020, he said.

The decrease in the number of apprehensions means a low collection of penalties but a high collection of extraction taxes from quarry operations.

Engr. Ana Luisa E. Galicinao, G.E and Colonel Eduardo D. Malig-on assured everyone in attendance of the vigilance and resolve in the enforcement of the provisions of the Revised Bohol Mining Ordinance of 2020.

As front liners in the fight against illegal quarrying, Galicinao and Col. Malig-on have requested the assistance of all barangay captains and all other stakeholders to continue adhering to the provisions of the Revised Bohol Mining Ordinance of 2020 since the barangay has 40% share from extraction tax collected.

The towns where the extraction and quarry operations are located have a 30% share and the province has 30% pursuant to the Local Government Code of 1911.

Earlier on, Gov. Aris Aumentado vowed to ban any form of “Ivan” extorting money from quarry operators contrary to the previous administration which has been allegedly figured in shady quarry exaction.

Resource persons Engr. Eduardo Labunog and Salvador Maluenda, president and vice-president of the Bohol Small-scale Miners Association, respectively, did not answer if there was really an “Ivan” during the past administration when the media threw a probing query.